Mr President, Please Listen To The Cry Of Bulsa Chief 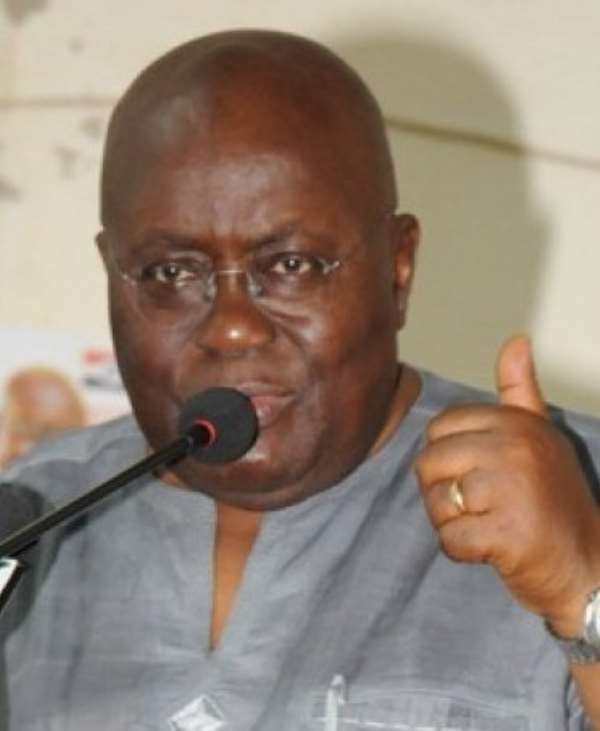 The Overlord of the Bulsa Traditional Area in the Upper East Region, Nab Azagsuk Azantilow, is appealing to President Nana Akufo-Addo to ensure that the cost of building materials remains the same in the Northern, Upper East and Upper West regions, as they are in the southern half of the country.

Stating the high level of poverty in the three regions, the Paramount Chief said: “The people of the three regions live in a deficit housing environment, yet, these poor people pay more for cement and other building materials than their brothers and sisters in the southern part of Ghana. While a bag of cement in Kumasi is GH¢30, in Fumbisi, it is sold for GH¢40,” he compared.

Delivering a speech when President Nana Akufo-Addo paid a working visit to Sandema last Friday, as part of his two-day working visit to the Upper East Region, Nab Azantilow further observed that, “in the brewing industry, the price of beer is uniform. Perhaps, we can bring great relief to those in the north [Northern, Upper East and Upper West regions] by establishing depots in each of the three regions, where cement will be sold at factory prices.”

If we all agree that the northern part of the country is, indeed, far behind its southern counterpart when it comes to development, then one cannot, but agree with Nab Azagsuk Azantilow's call on President Akufo-Addo to ensure the uniformity of cement prices in the country. In the petroleum industry, and because of the government intervention, prices of commodity are the same throughout the country.

In so doing, the cost of transporting the product from the south to the north has been factored into the price build up. In other words, consumers in the south are subsidising the commodity for their brothers and sisters in the north. If this decision had not been taken, those in the three northern regions would have been paying higher prices for petrol and diesel products.

Though production of cement is purely a private sector venture, with the prices determined by the market forces, the government cannot still sit aloof when it comes to how the product should be priced. The reason being that cement is a major contributor to national development, and with the government itself spearheading the drive in this sector, it will be unwise to allow the market forces alone to determine the prices.

Several surveys conducted by both government institutions and the private sector have concluded that the poverty level in the three northern regions is very high. Having established this fact, why should we sit down for the people we consider as poor to be paying more for cement than their affluent counterparts in the south? It is based on this that The Chronicle agrees with the Chief's call on the President to do something about the situation.

As Nab Azagsuk Azantilow pointed out, the housing deficit in the northern section of the country is far higher than what pertains in the south. This means the government has the responsibility to ensure that the huge gap is reduced, and one of the ways to achieve this is the uniformity of prices the Chief is calling for.

The Chronicle is, therefore, appealing to President Akufo-Addo to listen the cry of the people and use his good offices to ensure that the people in the north do not pay high prices for cement because of the transportation of the commodity to that part of the country.