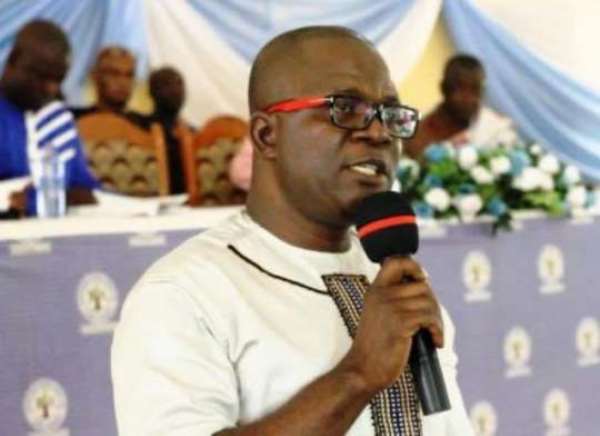 The management of the Ahantaman Rural Bank Limited have shown commitment to meet a Bank of Ghana directive that operating Rural and Community Bank should have at least one million stated capital, stay in business.

By the directive, community and rural banks that are not able to achieve the stated capital requirement may loss its ability to operate or would have another option to merged with a contemporary or be swallowed completely by a bigger bank.

Mr Vincent Blaychie Essien, Board Chairman of the Bank made this known during the 30th annual general meeting of the Bank at Agona Nkwanta in the Western Region.

He said the Board in accordance with Section 66 (1) of the Companies Code 1963 ( Act 179) would transfer an amount of GH¢2,477.374 from the income surplus to stated capital as bonus shares to those on the register as of December 31st, 2016 as a strategy to boost the Bank's stated capital and also provide return to shareholders.

He said the current Board had reached a resolution that the minimum shareholding of 40,000 shares for directors should be increased to 60000 shares to increase commitment and improve the financial muscle with records to the stated capital.

Mr Blaychie Essien recounting the activities during the year under review, said despite the uncertainties and near loss of confidence in the banking sector, the Ahantaman Rural Bank posted an impressive performance recording a profit after tax of GH¢2,973,372 as against GH¢2,213,177 representing 34.3 percent.

Mr Blaychie said the Bank had automated the register of all shareholders to help in the management of the register and therefore entreated all clients to visit the Bank and update their records appropriately.

He added that the Bank was duly following the Bank of Ghana's Guide on financial publication together with all relevant directives, notices and letters, adding, 'This annual report has been prepared to largely comply with the new reporting format'.

The Bank continues to give facelift to its branches to provide convenience to customers through renovation, expansion and construction of new offices such as the ultra-modern new office opened at Tanokrom in the Sekondi/Takoradi Metropolis.

In line with the corporate social responsibility and investment drive of the Bank, an amount of GH¢106, 827 was committed into various projects during the year under review and GH¢91, 200 was channelled into education and scholarships.

The Bank also improved on its position from 60 to 49 in the Ghana Club 100 Awards and maintained its strong position in the Efficiency Monitoring Unit ranking by the ARB Apex Bank.

Out of 12 community and rural banks, the Ahantman Rural Bank is ranked ninth and first in the Western Region at the last quarter of 2017.

Mr Blaychie said the focus for growth for the year ahead would be in the areas of ICT, branch network, improve on bank's capitalization, increase on corporate and SME clientele base and improvement on service delivery to ensure customer loyalty and satisfaction.

The shareholders however called on the government to review the 25 percent taxation on rural and community banks to enable them live their mandate of alleviating poverty at the grassroots' level.

Mrs Lucy Quansah, the Manager, ARB APEX Bank, Takoradi branch, who read the Managing Director's speech said one key issue was the introduction of the one million capital requirement.

Mrs Quansah said the ARB Apex Bank have roll out the ATMs and encouraged rural and community banks to use it as an opportunity to offer excellent services for the convenience of their customers.

The Ahantaman Rural Bank later presented a cheque, citation and household items to dedicated and loyal staff who have worked for between 10 and 25 years.