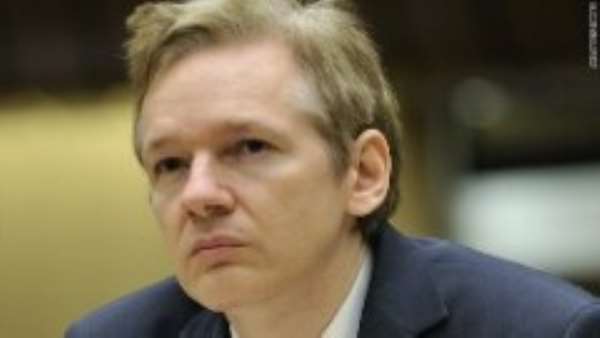 It is perhaps typical in a time where a star of the fleshy celluloid wonder Baywatch, heavy in bust and known for her sexual adventures, should feature as a political voice. Pamela Anderson’s views are treated with judicious seriousness – at least in some quarters. Her association with Julian Assange has given needless room for columns on what, exactly, their relationship constitutes.

Having such defenders as Anderson has added to his conspicuous support base, but it will not move those bureaucrats who are chewing pens in anticipation and pondering options as to how best to eject him from the Ecuadorean embassy (compound would be more fitting) in London. Easily missed amidst the titter of celebrity gossip is the plight of an ailing Assange, who is facing the next critical stage of his stay at the Ecuadorean embassy.

Since the changing of the guard in Ecuador, President Lenín Moreno has shown a warmer feeling towards the United States, and a desire to raise the issue of Assange’s stay in the embassy with US Vice President Mike Pence with the urgency of man desiring to be rid of a problem. The UK government has also been brought into the mix. The forces against Assange are marshalling themselves with a renewed impatience.

A squeeze evidently designed to break the will of WikiLeaks’ publisher-in-chief was commenced in March, with a change of the embassy’s Wi-Fi password effectively blocking his use of the Internet. Phone calls and visitations have also been curtailed. The bill of Ecuadorean hospitality, if it can be termed that, also became a subject of discussion – some $5 million expended on security and Assange’s various activities. Attitudes to a troublesome guest have hardened.

The press circuit has increasingly thickened in recent days with speculation about a round of high-tier discussions being conducted by Ecuador and the UK government on Assange. The Ecuadorean paper El Comercio has remarked upon the talks. It was a turn that was unsurprising, with Moreno unimpressed by Assange’s feats and credentials, the Australian being viewed back in January as an “inherited problem” who had created “more than a nuisance” for his government.

According to Glenn Greenwald, the report that those discussions did more than touch on the matter of handing Assange over to UK authorities “appears to be true”. This might trigger an indictment from US authorities and possible extradition proceedings, a point made acute by the promise of US Attorney-General Jeff Sessions back in April to “seek to put some people in jail”, with Assange’s “arrest” being a priority. “Can’t wait to see,” quipped Greenwald, “how many fake press freedom defenders support that.”

RT’s editor-in-chief Margarita Simonyan smells that something nasty is brewing. “My sources tell [Julian] Assange will be handed over to Britain in the coming weeks or even days. Like never before, I wish my sources were wrong.”

That particular process, it would seem, is being headed by Sir Alan Duncan of the Foreign Office, the same individual who had an impulse back in March to call Assange that “miserable little worm” before fellow parliamentarians.

The line that Assange has been in arbitrary detention has never quite cut it in Duncan’s circles and he has been dangling a carrot with spectacular condescension. “It is our wish,” he told Parliament last month, “that this can be brought to an end and we’d like to make the assurance that if [Assange] were to step out of the embassy, he would be treated humanely and properly and that the first priority would be to look after his health, which we think is deteriorating.”

Such comments are always rounded up by that fanciful notion that Assange is “in the embassy of his own choice”. That line on inventive volition was reiterated by Britain’s new foreign secretary Jeremy Hunt, who issued a statement of praise for Britain as “a country of due process” keen to see that Assange “face justice for those [serious] charges”: “At any time he wants to he is free to walk out onto the street of Knightsbridge and the British police will have a warm welcome for him.”

Such grotesquely insincere concerns about health, fashioned as a weapon and an incentive by Duncan, would be academic should Assange find himself on the dismal road to US custody, where promises of a firm and icy welcome have been made. He would be merely nourished and fattened for a notoriously cruel prison system, analogous to the doctor healing a person on death row.

Anderson herself makes the relevant point about her urgent advocacy for Assange. “My role is to let people know that he’s a human being and not just a robot or a computer, and that he’s really sacrificing a lot for all of us. He hasn’t seen sunlight in six years. His skin is transparent.”

In what is nothing less than a war about what we can see, know and interpret, those who wish to preserve the traditional models of power and the clandestine state remain adamant: Assange is a trouble maker who must disappear.