Attack on Patience Osafo, an attack on all women - AMWA condemns police brutality of a nursing mothe 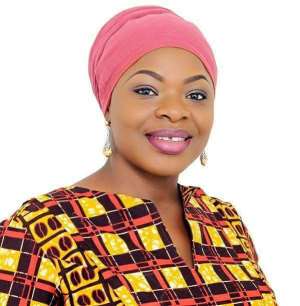 The Alliance for Women in Media Africa (AMWA) has added its voice in condemning the police brutality of a nursing mother at Midland Savings and Loans premises on Thursday. A nursing mother, Patience Osafo was seen on video being battered, punched and traumatized by a police man identified as Lance Corporal Frederick Amanor aka Skalla when she had visited the bank to take her money.

AMWM, therefore, calls for a “nationwide action in defence of women’s right to conduct their business, enter banks or other public places, and live their lives free from brutality, victimization, and assault by law enforcement and their complicit enablers” a press release signed by Shamima Muslim Al-Hassan (Convener) on behalf of the organization indicates.

According to the AMWA, “there is power in the collective voice and outrage of citizens; we must use that power to demand the protection of all of us from such brutality.”

Consequently, AMWA demands “that the culprit and his enablers in the case be made to face the fullest extent of the law; and that the police service must do due diligence, thoroughly investigate, charge the officer and ensure his immediate prosecution to serve as deterrent to other deviants in the service.

There was an outrage on social media on Friday over the AK47 wielding policeman act of brutality on the innocent mother immediately the video went viral. The assault occurred at the Shiashie branch of the Midland savings and Loans Company.

This comes at a time when the Ghana Police Service is under serious scrutiny following the gruesome killing of seven persons in Kumasi based on accusation of armed robbery.

The diabolical act by the uninformed police officer has since been condemned by the Ghana Police Service; Gender, Children and Social Protection ministry, Interior Ministry, the Ghana Bar Association and a host of others.

The police guard has since been arrested on the directives of the Inspector General of police pending thorough investigation and prosecution.

Below reproduced is the full text of the press release

21st July 2018: The Alliance for Women in Media Africa (AWMA), is calling for nationwide action in defense of women’s right to conduct their business, enter banks or other public places, and live their lives free from brutality, victimization, and assault by law enforcement and their complicit enablers.

AWMA has watched the video in which a police officer identified as Lance Corporal Fredrick Amanor, beat, punched and traumatized a customer, Patience Osafo, carrying her three month old grandchild in her arms.

Both the victim and the assailant are citizens and subject to the protection and rule of law. According to the law, the police officer committed assault, battery, endangered the life of a child, abused his authority and did all of this in full view of multiple witnesses.

AWMA considers this attack on Patience Osafo as an attack on all women.

AWMA is calling for the following:-
• all coalitions, networks and individuals scandalized by this latest act of police brutality to join a national action in protest of violence against women and vulnerable members of our society. This violence by law enforcement comes in the wake of similar actions, which have caused harm, and in some cases, death.

• that the culprit and his enablers in this particular case be made to face the fullest extent of the law for this criminal violence.

• that the Ghana Police Service does its due diligence; thoroughly investigate, charge this officer and prosecute him. His violence as a man in uniform sworn to protect and uphold the law is a particular outrage.

• that the Ghana Police Service reviews its recruitment practices to ensure rogue elements do not find space within the service to perpetuate such violence against women and other citizens.

Shamima Muslim Alhassan, Convenor of AWMA says:- “there is power in the collective voice and outrage of citizens, we must use that power to demand the protection of all of us from such brutality”.

AWMA calls on all women, men and their families to stand together in defense of a national fight to end violence and brutality in our society. A Ghana where a grandmother holding her grandchild is subject to this kind of brutal attack is not a Ghana in which any citizen is safe.

More trouble for Weija residents as more volumes yet to be s...
45 minutes ago