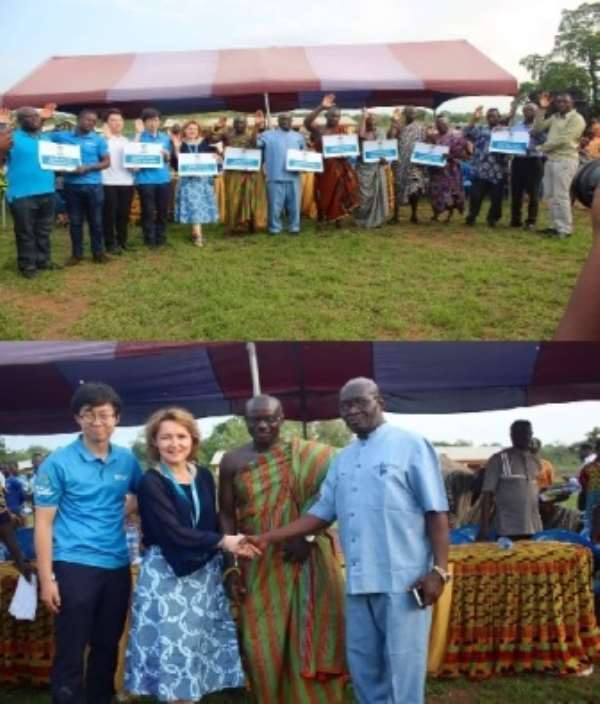 The objective of the initiative is to use theatre as a social drive to spread the need for child protection, and thus to protect the Ghanaian child against all forms of abuses.

Speaking at the launch, Mr Patrick Charty Jilima, the Municipal Chief Executive (MCE) of the Assembly, said they had advocated for the formation of child protection committees in all the 27 beneficiary communities.

The MCE noted that the rate of child abuse cases had been reduced in most of the sensitized communities especially Kwame Akura and Kpachiri, where there used to be rampant force marriage cases.

Mr Jilima who was grateful that among the Assemblies in the Region, Krachi East Municipality had been selected; commended UNICEF, the Ministry of Gender, Children and Social Protection and Word Vision for their continuous support towards reducing child abuse cases.

Mr Joseph Atango, the Krachi East Municipal Community Development Officer, noted that there were numerous challenges with regards to child protection within the Municipality; however, the impediments did not derail their commitment towards adolescent girl empowerment.

He said UNICEF and the Korea International Cooperation Agency (KOICA) interventions were very supportive as the Municipality now records low teenage pregnancy, eliminating corporal punishment in most of the communities and increasing the enrolment of the girl child.

He said the GACA campaign was inculcated in its child protection project as it has now added the Justice for All Children initiative and the Child and Family Welfare Programme.

Mr Atango further explained that the Justice for All Programme focused on children who have been abused such as rape, child marriage, among others, whiles the Child and Family Welfare programme underscored the traditional family setting, where children were being offered support from their extended families.

Mr Yukyum Kim, Country Director for KOICA, noted that its 5.2 million dollar Better Life for Girls (BLG) project had a child protection component that highlighted the need to increase understanding and reduce acceptance of cultural beliefs and social practices that negatively affects children.

He said the objective of the BLG intervention was to educate and increase the awareness around adolescent girls' protection issues and was therefore excited to see Word Vision and USAID, supporting the GACA initiative; to achieve a common goal.

As part of the launch, the children, parents, education and health officers and all stakeholders present pledged to support the GACA initiative and to ensure that its objectives were achieved.