You Either Merge Or Die - Economist Warns Local Banks 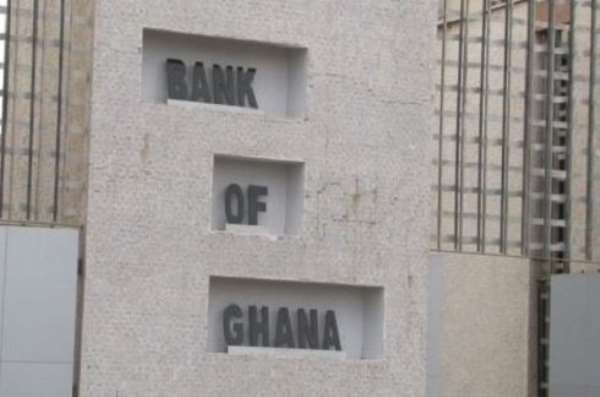 Economist and lecturer at the University of Ghana, Dr Ebo Turkson has called on local banks to consider merging in their bid to meet the minimum capital requirement set by the Bank of Ghana.

According to him, the central bank will have to strengthen the banking industry in the country to be able to resist any future risk or pressure which could lead to a financial meltdown.

Dr. Turkson’s call comes at a time that, some local banks - Premium, GN and Sahel banks have decided to come together in their quest to meet the minimum capital requirement set by the central bank.

Commercial Banks in the country new have up to December this year to meet the Bank of Ghana’s GH¢400 million minimum capital requirement, while they work concurrently on meeting the stringent Basel regulatory framework being enforced by the central bank which will require them to raise an additional GH¢3 billion, according to analyst.

In an interview with JoyBusiness, the economist said, if the local Commercial Banks, especially those struggling to meet the new requirement do not merge, then they should be ready to be downgraded to Savings and Loans or close down totally.

“It is in their own interest to consolidate by merging so that they can meet the minimum capital requirement and the Basel II requirement. We need to do away with our mentality of owning businesses and not want to share with any other person.

Banking is a serious business and now that we are increasing mobilisation you intend to have the standards meet international ones as set and is very important to allow our banks to conform international banking standards that are set up under the Basel II,” Dr. Turkson said.

He further noted that, “So the capital requirement and additional standards under the Basel II are all very important to ensure that there is sanity in the banking system in Ghana which will be very good for every economy. So that if there is crises, we will not be found wanting.”

The Central Bank increased the minimum capital requirement for banks from 120 to 400 million Ghana cedis to enhance the financial position of banks and as the deadline approaches the central bank has asked all local banks that may not meet the capital requirement to present their plan for mergers to create space for the banks to consolidate their operations with the other entities after December 31st, 2018 deadline as set.

This is what has seen the first merger marriage between the three local banks, GN, Premium and Sahel being sealed by the various partners and the boards, awaiting the Bank of Ghana’s approval.

The Central Bank, in its bid to ensure stability of the banking sector and keep pace with global developments and growth in risk management practices, rolled out the Capital Requirement Directive – which requires banks to implement Basel II Pillar 1 risks and Basel III Capital Framework.

Basel II is fundamentally about increased transparency; better risk and capital management, and corporate governance on the part of banks; as well as improved banking supervision on the part of regulators.

Being in line with global banking practices, it also includes the International Financial Reporting Standards and Basel II and III which sets the requirement by which banks will calculate the Capital Adequacy Ratio (CAR) under the Banks and Special Deposit-Taking Institutions (BSDI) Act.

It also says that the, board of a bank is responsible under requirements of the CRD to determine both the availability of eligible capital and measurement of risks to capital in the Basel II framework, in line with minimum risk management standards for the risks.

This will increase banks’ CET1 to 9.5 percent and the regulatory minimum capital adequacy ratio to 13 percent.