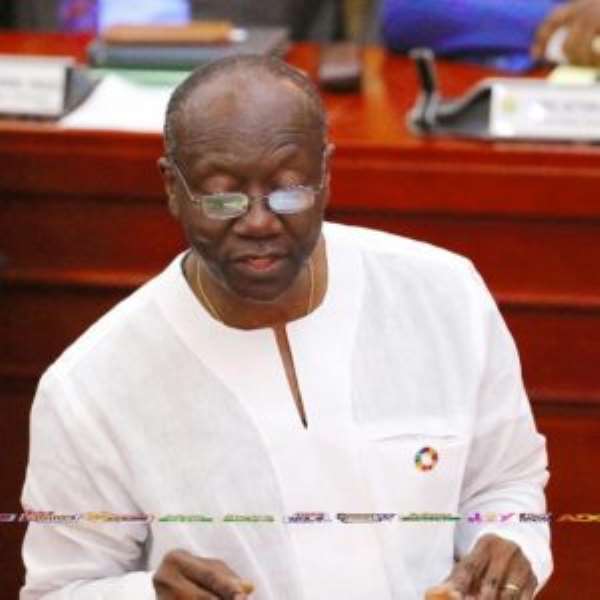 Mr Ken Ofori-Atta, Minister for Finance, has indicated that the 18 months of President Nana Addo Dankwa Akufo-Addo's government is better than the eight years of ex-President John Dramani Mahama of the National Democratic Congress (NDC).

Presenting this year's Midyear Economic Review on the floor of Parliament on July 19th, 2018, the Finance Minister asserted that in spite of the bad condition of Ghana's economy at the time of taking over, the current government has managed to put the country on the course of a major transformation upon taking over.

He also asserted that the government has prudently utilised the scanty resources inherited from the previous NDC government to the optimal benefit of the country, especially, in stabilising the economy, investing in people, and easing the cost burden on citizens.

The Minister was in the House to present this year's Midyear Fiscal Policy Review of the economy, in accordance with section 28 of the Public Financial Act 2016, Act 921.

Outlining the performance of the economy further, he indicated that the government grew the Gross Domestic Product (GDP) of the country by 8.5% in the period under review. This was against the 3.7% growth as at December 2016 by the previous NDC government.

Interest on 91-day Treasury Bills stood at 13.3% at the current period of review, considering the 16.4% of the NDC.

He added that the Trade Balance currently stands at a surplus of 2.3% of GDP, far better than the deficit of 4.2% of GDP by the NDC government.

Additionally, he revealed that current account balance stands at a deficit of 4.6% of GDP, instead of 6.6% of GDP as at December 2016 under the erstwhile NDC government.

According to him, Ghana currently has a 4.3 month imports cover of Gross International Reserves, against the 3.5 of the NDC.

He said the cedi depreciation against the US Dollar currently stands at 4.9% under the New Patriotic Party (NPP), against 9.6% under the NDC.

He further revealed that the country currently has a primary balance surplus of 0.6% of GDP, against a deficit of 1.4% of GDP under the NDC.

The Finance Minister further told the members of Parliament (MPs) that the government had revamped the growth of the country, declining deficit at the same time.

Swerving speculators who predicted an increase in the Value Added Tax, the Minister stressed that there would be no increase in the VAT rate. However, it has now been converted into 2.5% straight levy.

He indicated that the government was on course of honouring all promises it gave to Ghanaians, for which they voted for the NPP party.

According to him, the implementation of the Free SHS policy, restoration of nurses' allowances, the kick-start of major flagship programmes such as the 'One District One Factory', 'One village One dam' and the rest are testament to the above. 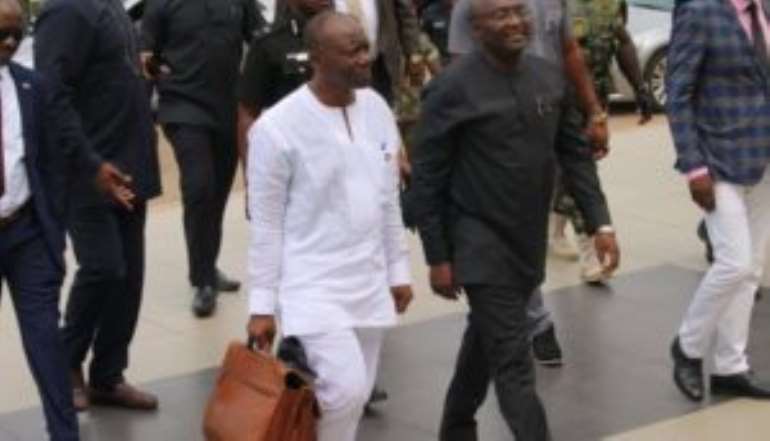 He added that the infamous 'dum-so' that crippled industries for years has been permanently eliminated, with the assurance that steps would be taken in order to ensure that the nation does not go back to those dark days.

He further stated that the government has, so far, transferred an amount of GH¢3.701 million, being the value of money in the Temporary Pensions Account of the public sector workers' pension fund to five public sector pension schemes. He added that public workers agitated for this for seven years under the NDC government.

He emphasised his commitment to the fight against corruption, warning that officials who fall foul of having engaged in corruption would be prosecuted. To this end, a special task force has been formed for this purpose, and also to help mobilise revenue.

He further advised stakeholders to stop taking policy direction from social media, arguably referring to the prediction of the supposed increment in the VAT rate.

He touted that the country should recognise and associate with the fact that the world is hungry with action and not words.