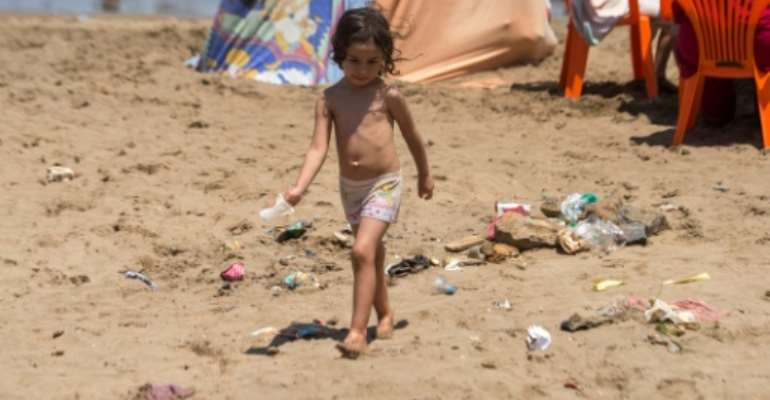 Blessed with a coastline that stretches for hundreds of kilometres across flat sandy expanses and rugged coves, Morocco's beaches should be a magnet -- but a litter crisis risks repelling sun seekers, citizens say.

On a small beach in the capital Rabat the words "Keep your city clean" are daubed across largely empty bins, seemingly mocked by the detritus on the ground.

The litter "spoils the pleasure", says 22-year-old Said, who has come to Oudayas beach for a dip with friends to cool off on a hot day.

"Unfortunately, people don't realise the importance of keeping beaches clean," he laments, surrounded by cigarette butts and other trash, just a few steps from the edge of the old city.

Some feel they are fighting a losing battle.

"Rubbish collectors clean the beach from top to bottom every morning, but in the evening, bathers leave it even dirtier," says a local official.

'Megaphones should be used'

"Perhaps megaphones should be used to sensitise the people and embarrass the polluters," the official adds.

The state of this small beach in the capital is far from unique.

Every summer, Morocco's media publish reports lambasting the condition of sands stretching from the Mediterranean to the Atlantic.

A nationwide ban on platic bags imposed in 2016 appears to have done little to stem the tide of rubbish piling up on beaches, despite authorities strictly enforcing the measure.

The problem is in part generated outside Morocco -- Greenpeace estimates that the equivalent of a truckload of plastic enters the world's seas every 60 seconds. 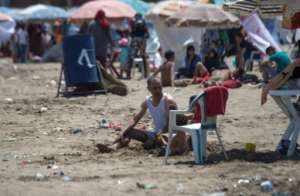 And the activist group said in June it had found microplastics in samples collected in Antarctic waters.

But volunteers who take part in beach clean-ups say far too many Moroccans dump refuse without a second thought.

Only 21 out of 40 beaches nominated nationwide for the coveted international "Blue Flag" status have met criteria, due to litter, poor water quality and other issues.

"The people are disgusting," one post says; "there is no environmental policing," laments another, while a third demands the council provide more bins.

And it is not only beaches that are affected.

"The place has been ruined by plastic waste, sandwich remains, bottles and filth... it was disgusting. Morocco deserves better", he said.

In a bid to shore up tourism, Morocco has launched several initiatives over the last couple of decades to improve the beaches.

The Mohammed VI Foundation has also worked to improve water quality -- with some apparent success.

An analysis of 165 beaches at the start of the summer season showed 97 percent of waters "conform with microbiological standards", compared to 72 percent in 2002, according to the secretary of state for the environment.

But back in Rabat, people still complain. 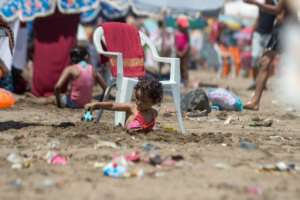 The hygiene "situation isn't much better under the water", says 25-year-old Hassan, near the beach.

After two hours in the water, the divers recovered a litany of items, from iron bars to plastic bottles.

"We have taken part in cleaning a patch of the waters -- hopefully people will understand the importance of keeping the beach clean," says 22-year-old diver Alaeddine.

The divers are determined to bring about a culture change, even as they swim against the tide.

"We don't claim to be able to clean all the sea and river, but we want to send a message on the importance of protecting the environment, above all to young people," says another volunteer.

Political activities partly cause of rise in Ghana’s COVID-1...
13 minutes ago