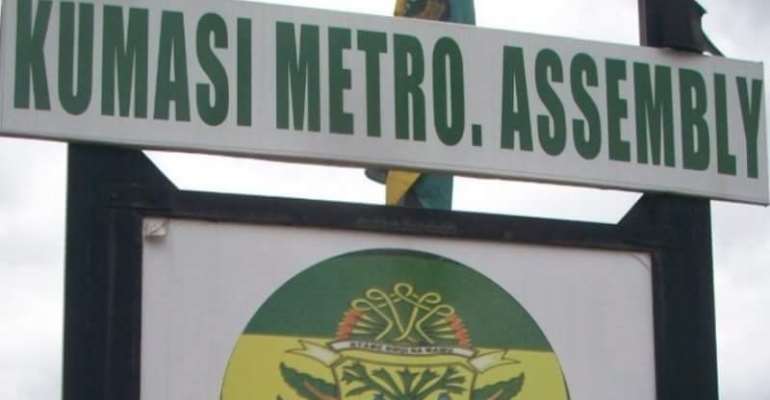 The Kumasi Metropolitan Assembly (KMA) has received a boost in their ‘Keep the City Clean and Green’ campaign following the release of 600 personnel from the Forestry Commission to assist the Assembly in the Kumasi Urban Project, a reforestation exercise ensuring tress are planted strategically in the city.

The campaign, an initiative by the Mayor of Kumasi, Hon. Osei Assibey Antwi, since assuming office in 2016, was a strategy to drive environmental cleanliness, which involve the planting of trees and the education of the public against indiscriminate disposal of waste to restore Kumasi to its pride as the Garden City of West Africa.

The boost was revealed in a delivered by the Metropolitan Chief Executive (MCE) of KMA, Hon. Osei Assibey Antwi, at day one of a two day of 2nd Ordinary Meeting of the 3rd Session of the 7th Kumasi Metropolitan Assembly in Kumasi on Thursday, 19 July, 2018.

Hon. Assibey Antwi said the support by the Forestry Commission has confirmed that the Assembly’s concept of making the city clean and green has been well received countrywide and believed in no time, other assemblies will emulate the KMA.

“It wasn’t easy when we started this drive, we did a lot of public education to change the public’s minds on the need to keep their environments clean for their good. We also decided to grow more trees to beatify the city to reclaim its past glory as ‘Garden City of West Africa’,” he said.

“I can confidently say that the people in the city have understood the campaign and are cooperating. You can see a lot of changes in terms of good sanitation environment now, as compared to last year. What has really helped is the availability and distribution waste bins in the city. The Assembly has also embarked on a lot of tree planting exercises, example are the Santasi stretch, Asafo-Tech stretch, Atasamanso, Nhyiaeso among others, so we believe that at the end of four years, we will achieve our target of ‘one million trees’”, he boasted.

He therefore appealed to individuals and corporate organizations to assist the ‘Keep the City Clean and Green’ campaign.