No Increase In VAT - Ken Ofori-Atta 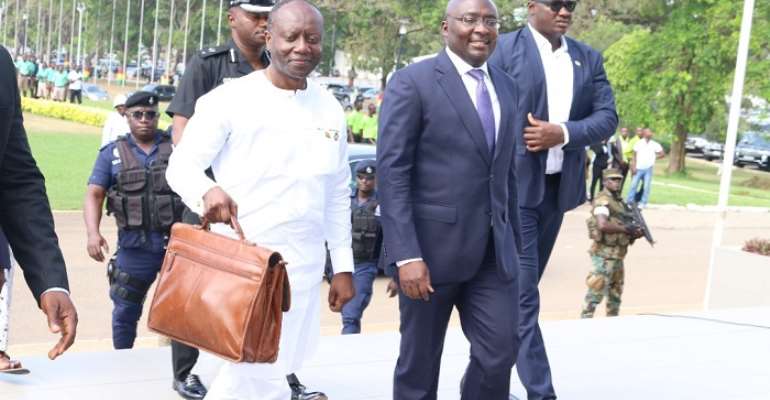 The Minister of Finance, Mr. Ken Ofori-Atta has indicated government will not increase Value Added Tax (VAT) as earlier speculated by some Ghanaians on Social media.

The minister said this on the floor of Parliament house on Thursday, whilst presenting the 2018 mid-year budget review.

There were speculations on social media to the effect that the Nana Akufo-Addo government may increase Value Added Tax to 21.5 percent from the current 17.5 percent following a Facebook post by a leading member of the New Patroitic Party (NPP) and a close confidant of president Akufo-Addo, Gabby Okyere Darko suggesting the possibility of an increase in VAT.

However, delivering the 2018 mid-year budget review on the floor of parliament, Mr. Ofori-Atta vehemently denied the claims. According to the minister, “there will be no increase in VAT”.

He has, however, cautioned Ghanaians to stop taking directions on economic policy from social media.

“I will like to advice our friends that we should stop taking directions on economic policy from social media. VAT will be maintained at 12 and half per cent," Mr. Ofori-Atta said whilst presenting the mid-year budget review in Parliament on Thursday.