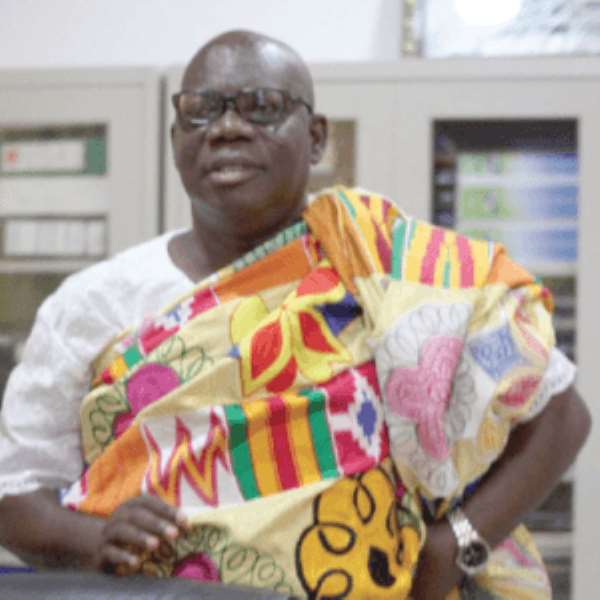 The Sekondi-Takoradi Metropolitan Assembly (STMA) has failed to confirm the name of the labour consultant who worked on the staff rationalisation exercise, which has now seen over 90 staff of the Assembly being sent home.

The Public Relations Officer (PRO) of the STMA, Mr. John Laste, who, in a telephone interview, promised to provide the name of the said labour consultant, failed to respond to this reporter's call.

John Laste had told this reporter in a telephone interview on Tuesday, this week, that he was going to furnish him with the name of the company, since he could not remember the name offhead.

This was when this reporter reached him to confirm the name of the said labour consultant, who, the STMA claims, to have consulted before embarking on the staff rationalisation exercise.

The STMA, particularly the Mayor, Anthony K.K. Sam, under whose watch the said staff rationalisation exercise is being carried out, has come to defend the exercise on grounds that it would save the Assembly revenue to tackle development projects.

The Mayor had indicated to the media that the Assembly spends almost GH¢93,000 to pay its staff.

Advancing argument to support the exercise, he said when he assumed office as Mayor, he came to meet a situation where three persons were performing the same job.

“I came to meet a situation where there were 3 persons doing the job of a secretary; the assembly spends so much to pay staff, so we decided to do [a] staff rationalisation to save money for the ever-demanding developmental requests from residents of the metropolis,” the MCE said in a recent radio interview in Takoradi.

The staff rationalisation exercise has met stiff opposition from the affected staff, who are accusing the Mayor of witch-hunting.

Mr Anthony K. K. Sam has, however, kicked against the claim, arguing that he did not unilaterally embark on the rationalisation exercise, and that the necessary due process was followed.

For this reason, he continued, he could not be accused of taking a unilateral decision without recourse to the labour laws.

According to him, he even personally intervened to ensure that some of the staff who were affected by the exercise were re-engaged.

“I have personally led for some to be employed, so why am I being accused of re-deploying members of the NDC party? The exercise was professionally done by a labour consultant, and anyone who has proof of me re-engaging people should come out.”

The Chronicle investigation has revealed that Ato Van-Ess, who is currently the Chairman of Sekondi Chamber of Commerce and Industry (STCCI), is a development consultant and not a labour consultant.

When this reporter reached him on phone to confirm or deny he carried out the staff rationalisation exercise on behalf of the STMA, he would not answer, insisting that this reporter speaks to the Assembly.

When this reporter spoke to the Public Relations Officer of the STMA, he could not give the name of the said labour consultant.

He pleaded for time to go and find out the name of the company that supposedly advised and undertook the exercise.

This was at 10 in the morning of Tuesday, this week, but 24 hours later, the STMA PRO has not come forth with the name.

He has also not responded to several calls put though his line.

Again, contrary to the Mayor's claim that the exercise was meant to lessen pressure on the assembly's payroll, The Chronicle can report that when he (Mayor) assumed office, he employed two people who are currently on the payroll.

The employment of the two – a dispatch rider and a driver currently driving his official Assembly vehicle – has raised questions about the bloated staff argument being raised by the Mayor.

But the PRO, Mr. John Laste, told The Chronicle that the employment of the two staff was unavoidable because they drivers perform 'critical services'.

He said, when the MCE assumed office, the Ministry of Local Government had given clearance to the STMA to employ drivers who fell under critical services.

Consequently, the two were engaged, and that one of them has currently been absorbed by the government payroll.

With regards to the staff accusing the Mayor of witch-hunting, he explained that the STMA took the decision because it was paying staff who were almost doing the same jobs.

The Chronicle is reliably informed by its sources within the top management of the Assembly that the exercise goes beyond witch hunting.

Our sources said the exercise has now taken a new twist and that victims who have been able to prove that they are members of the ruling party, have had their termination letters withdrawn.