Editorial: A New What? Road Traffic Act? Where? 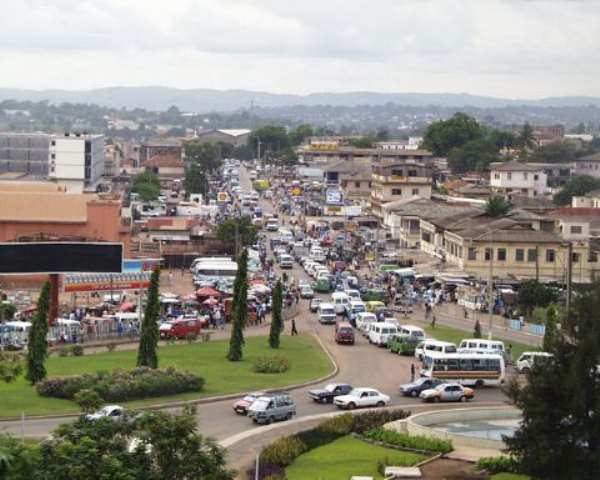 FRIDAY, the mortal remains of the three urologists were laid to rest at the Osu Cemetery after a State burial. The three, Professor J M K Quartey, Dr Isaac Bentsi and Dr B Osei-Wiafe, lost their lives in a motor accident on the Kumasi road whiles returning to Accra after providing outreach services at the Sunyani Government Hospital. They died after the car in which they were travelling allegedly collided with an on-coming vehicle which had burst two of its tyres and veered into the other lane. A fourth doctor and the driver of the doctors' vehicle sustained injuries but have since recovered. Indeed, as Senior Minister J H Mensah said at the burial service, Ghana owes them a “priceless debt of gratitude” for their dedicated service to mother Ghana.

The demise of the three urologists was just one of a spate of high-profile deaths resulting from road accidents in recent weeks. Edward Osei Kwaku, former Minister for Education, Youth and Sports, and Suzzy Williams, one of the nation's brightest stars in the film industry also died from road accidents, albeit under different circumstances.

But all cannot be lost. The introduction of the Road Traffic Act, 2004, (Act 683), promises to introduce some sanity on our roads.

Section 13 (a) and (b) of the Road Traffic Act, 2004, which received Presidential Assent on 24th December, 2004, stipulates that the driver and passengers in any vehicle put on their seat belts while the car is in motion. Offenders are liable on summary conviction to a fine not exceeding 100 penalty units or to a term of imprisonment not exceeding 6 months or to both.Under S.14, it is jailable offence to put a child of five year or under must in the front seat. A child of less than 18 must wear seat belt even in the rear seat. Other good provisions include the compulsory wearing of crash helmets for those on motorbikes; and the offence of cycling under the influence of alcohol or drugs. Indeed, the foolsih act of leaving a broken down vehicle in dangerous positions on a road can attract a one year jail term now. The Act further empowers the police to seize overloaded vehicles or trailers.

Per the account of Edwin Eastman, the driver of Suzzy Williams' accident vehicle, Ms Williams was thrown out of the car when the accident occurred. It is doubtful if Ms Williams would have been thrown out of the moving vehicle if she had put on her seatbelt. Terry Bonchaka could probably be still entertaining us with his music today had he put on his seat belt and not been under the influence of some alcoholic substance while driving.

Again, even though the autopsy report on Ms Williams has not been made public, reports on her accident point to the fact that she and her Liberian boyfriend, Edwin Eastman, had gone on a drinking spree the night of the accident. Here too, the Road Traffic Act, 2004 stipulates a fine of not less than 500 penalty points and not exceeding 2000 penalty points or to imprisonment for a term not exceeding 5 years or to both for a person who drives or attempts to drive a vehicle after consuming alcohol beyond the prescribed limit. We cannot be certain though of the concentration of alcohol in Mr Eastman's breath or blood. These and other equally important pieces of laws are contained in the Act We are told that a Legislative Instrument will soon effect the implementation of this very important legislation.

Empowering the police to properly enforce the provisions of the Act would perhaps be the most fitting tribute we can give as a nation to the memory of the 3 doctors, who died in the course of serving mother Ghana and also prevent the future occurrence of such accidents.

But, we are at a loss as to the scandalous absence of any public education on the provisions of the Act.

Even journalists have to struggle to get information about the new law. If Government truly wants this law to help change attitudes and strike fear into the reckless hands of motorists it should do two things. One, it should undertake an extensive public education exercise weeks before and during the coming into force of Act 683.

Two, it should recruit more and more law enforcement officers.