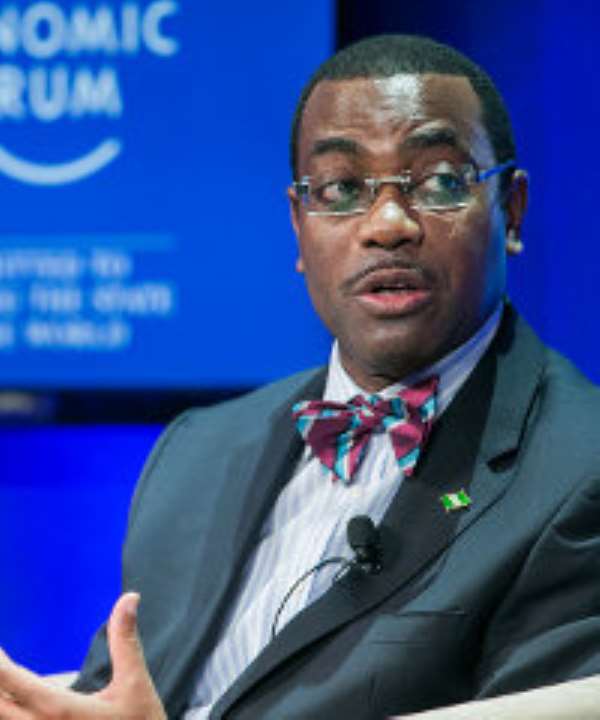 Afreximbank and the African Development Bank have enjoyed a collaborative and productive relationship since its inception 25 years ago.

The 25th anniversary celebration witnessed a critical US$500,000 grant agreement collaboration between the African Development Bank and the Afreximbank.

In recent years, the African Development Bank has supported Afreximbank with trade finance packages of $450million in 2017, $280million in 2014, a $150million Line of Credit in 2010, as well as a $250million support package to mitigate trade risk.

Dr Adesina, who spoke at a gala dinner at the 2018 annual meetings and 25th Anniversary of Afreximbank in Abuja, in a release, assured that the Bank will remain supportive, steadfast, and strong in its assistance to the export-import bank's continued growth.

'Africa is in a hurry because it is hungry for economic transformation. We must move quickly from old methods of intervention in dealing with emerging challenges and taking advantage of opportunities.

'The recent positive Moody's rating is a signal of how well Afreximbank is managed, and the mark of the shareholder's confidence is further manifested in the increase of Afreximbank's capital base,' Adesina said.

As a founding parent, the African Development Bank is proud of its instrumental role in laying Afreximbank's foundations and the achievements that the institution has made as its strategic partner, particularly in trade finance in Africa, Adesina said.

Adesina said the signing of Africa's Continental Free Trade Area (AgCFTA) agreement in March 2018 by the majority of African countries will enable Africa to trade more with itself and also enhance the continent's attractiveness as an investment destination.

The President said: 'this is especially so in the trade finance space. We need to be smarter and faster in responding to growing opportunities and emerging challenges faced by majority of the continent's small businesses.'

African countries are showing resilience as exemplified in the share of intra-African trade, which has increased from 10 per cent in 2000 to 16 per cent last year.

Since the AgCFTA was signed, the African Development Bank has earmarked US$ 4.5million to help boost intra-African trade and create more synergies with the Bank's High 5 priorities.

'We need to significantly expand intra-African trade. For example, the equivalent figure for Europe is close to 80 per cent. For this to happen, Africa needs to be bolder in its approach and broaden its appeal by reducing administration and transaction costs, especially at borders, as well as overcome market segmentation and improve the overall investment climate.'

The project, funded by the Fund for Private Sector Assistance (FAPA), is aimed at promoting the development of 'factoring' as an alternative trade finance instrument in Africa. The investment confirms the African Development Bank's commitment to support extra- and intra-Africa trade promotion.

'If Africa is to integrate and improve the living standards of its people, we must use innovative financial solutions such as factoring and credit insurance, which offer keys to unlock the growth of small and medium-sized enterprises in Africa,' President Adesina stated.

He spoke on how finance and investments were at the very sharp end of economic transformation, pointing out that the Bank was opening another highway to African investment through the Africa Investment Forum (AIF), scheduled for November 7-9, in Johannesburg.

'The Africa Investment Forum, Africa's investment marketplace, will provide a unique platform for investment negotiations, finance, transactions, and a marketplace for closing deals to accelerate the economic development of Africa.'

The President of Afreximbank Bank, Benedict Oramah, extolled the unflinching support of the African Development Bank, adding that both institutions shared a common vision - a reason Afreximbank aligns its goals to the High 5 priorities of the Bank.