Mr. Portuphy, Nana Akufo-Addo Has The Mandate Of All Ghanaians, But You Do Not 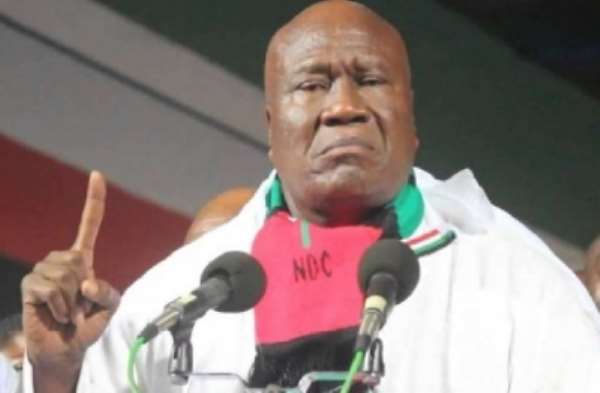 I have said this before and do hereby repeat the same loudly and clearly: that the National Chairman of the National Democratic Congress (NDC), Mr. Kofi Portuphy, and the so-called rank-and-file membership of the Rawlings juggernaut that is the NDC have absolutely no inalienable constitutional right to dictate the terms of Ghanaian democracy (See “We’ll Deal With Akufo-Addo’s EC Machinations After Amissah-Arthur’s Burial” Graphic.com.gh / Ghanaweb.com 7/18/18). That mandate presently belongs to President Addo Dankwa Akufo-Addo and the New Patriotic Party (NPP). The parliamentary and political and ideological minority – in all shades and names – also have rights that are expressly recognized by Ghana’s 1992 Republican Constitution.

Nevertheless, it is the majority of the Ghanaian citizenry that carried the vote in the 2016 general election that has the mandate of the people, including even the inveterate Akufo-Addo hating NDC minority that offered their sacred mandate to the former Attorney-General and Minister of Justice. Mr. Portuphy says that but for the funeral and burial rites for the late former Vice-President Kwesi Bekoe Amissah-Arthur that have yet to be performed, the party’s leaders and their followers would have massively taken to the streets of our nation’s capital to demonstrate against the legally guided and staunchly supported removal of the Mahama “mis-appointed” former Chairperson of the Electoral Commission (EC), Mrs. Charlotte Amma KessonSmith Osei.

Maybe somebody more sober, reflective and civically responsible ought to remind Mr. Portuphy that we are a country of the democratic rule of law; and any criminal attempt to foment chaos and “revolutionary savagery” will be fiercely met with proportionate countervailing force. The adamant and intransigent likes of Mr. Portuphy ought to also be made to fully appreciate the incontrovertible fact that then-President John Dramani Mahama flagrantly violated constitutional statute, when he laterally and mischievously transferred Mrs. Osei from her constitutionally protected post of chairperson of the National Commission for Civic Education (NCCE) to the Electoral Commission, with the clearly proven intent of rigging the 2016 general election. Having failed in that ungodly bid, the NDC leaders clearly appear to have signed a bloody pact with the ousted EC Chair to make the criminal seizure or expropriation of the legitimate and sacred mandate of eligible Ghanaian voters become an immutable reality at all costs come December 2020.

It is the legal and legitimate and justifiable preemption of such heinous act of mischief that has traumatized these NDC goons and political scam artists to the extent of their apparent clinical lunacy. Well, it may not be the best of its kind in the West African sub-region but it is, nevertheless, the best facility for the prompt and effective restoration of the sanity of these naked NDC apparatchiks. I am, of course, talking about the Accra Mental Hospital, otherwise known as Asylum. I also don’t know why these NDC leaders think that a proven notorious scofflaw like Mrs. Osei, who has clearly, shamelessly and publicly demonstrated the fact that she has absolutely no respect for the Supreme Court, the highest court of the land, should continue to serve as the Chief Returning Officer of all elections in the country.

We have also not forgotten the former EC Chair’s criminal complicity with the man who “misappointed” her to this most sensitive post, as well as the then NDC Parliamentary Majority, to take down the constitutionally mandated National Coat-of-Arms from the physical plant or edifice of the EC and the letterheads of the latter institution. To be certain, if I ever decided to support any attempts to have Mrs. Osei rigorously prosecuted, it would definitely be on account of her insufferable desecration of this most significant and inviolable institutional symbol and practice of Ghanaian democracy. Now that this veritable bane of Ghanaian democracy has been auspiciously “desilted,” we all can get down to the business of “fumigating” the EC and restoring it to its former dignity, credibility and glory. No longer are we going to have an EC Chair who prefers to take her marching orders from Nigeria’s former Independent Electoral Commission’s Chair, Prof. Attahiru Jega, to the august Supreme Court of Ghana.