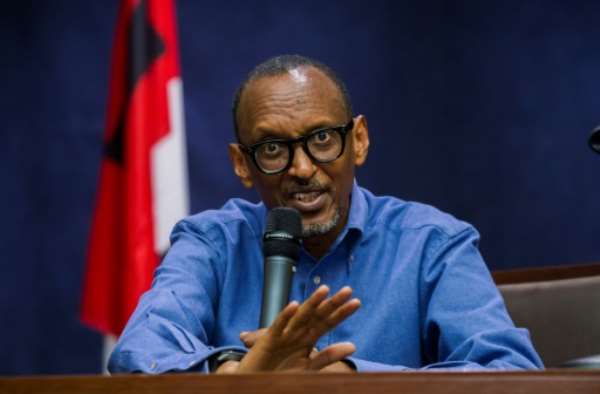 Gordon Offin-Amaniampong writes
From the Mount the trumpets sound, and from afar the mouth speaks.

Zzzzzzz
‘Apostle’ Thomas Kusi Boafo is back from ‘Mount Kigali’ with a revealing message to all Ghanaians:‘Stop pampering politicians. Don’t pamper them,” he sermonises. Mr. Kusi Boafo who’s the chief executive officer, Public Sector Reform (PSR)says the practice has the potential to drive Ghana into a ditch and the upshot could be more than dangerous.

The advice follows his visit to Kigali, Rwanda sometime last week. He was in the Great Lakes region for a fact-finding mission if you like or to understudy Rwanda ----a nation that’s recently become Africa’s role model or a shining star. It used to be Ghana in the 1960’s. The goal posts have shifted and the focus is now on the east- African nation.

Mr. Kusi Boafo has described his just-ended trip to Kigali as an ‘eye-opener and inspirational.’

This writer says, if you want to know how Kigali looks like, better send a ‘Doubting Thomas’. There’s guarantee that you’ll get an accurate or a vivid account from the outspoken Apostelic father. Whilst in Kigali Thomas groped the city and his probing questions would reveal how Kigali has received a marked recognition in recent times.

What’s in Kigali?
Basically, there are two iconic things you won’t miss when you’re in Kigali. The city’s Caplaki Crafts Village and Kigali Genocidal Memorial. First, the Craft Village has stalls that sell traditional handicrafts including woodcarvings and woven baskets. And second, the Genocidal Memorial documents the 1994 mass killings in Rwanda, associated with the country’s civil war.

Indeed, Kigali has been Rwanda’s economic, cultural, and transport hub since it became capital at independence in 1962.This is it! This is Rwanda., a nation that once was broken into pieces. A nation that once was lost but now found. It lost over half a million of her people and hundreds of thousand displaced. Today Rwanda has become a magnet—pulling technocrats, policy-makers, tourists you name it to its abode.

What did Thomas see?
He touched the feet of Kigali. He felt her hands and touched the mind and the heart of the city during his expedition. Also he savored Kigali’s yummy foods and banana beers. Mr. Kusi Boafo who spoke to Akwasi Apratwum of OTEC FM ---a Kumasi-based radio station said: “I feel totally embarrassed but it’s worth the trip. I’ve seen and learned a lot”

His detailed account of Kigali ‘s marked development has gotten many talking and wondering, if Paul Kagame Rwanda’s President is from another planet. Mr. Boafo has also been talking about the beauty and the serenity of Kigali. The sight and sound of the city.

And if you didn’t know this now you’re informed that Rwanda owns 15 airplanes. The Police Service have 8 and 17 for the Military. That’s for a country whose or which current population stands at 12, 509,600 million as of Monday July 16, 2018 based on the latest United Nations estimates.

Rwanda’s major exports are coffee, tea, tin, cassiterite, Wolfframite and pyrethrum. Coffee makes up between 50 to 80 per cent of the total export.

Lamentations
It appears everything in Rwanda is by far better than Ghana, according to the PSR Boss. “The only thing we beat them is our V8 vehicles. That I can attest to it...my car is better than the finance minister of Rwanda,’ he said sarcastically.

“Rwanda is way ahead of us in every sector. We’re total embarrassment as a nation..we’ve disgraced ourselves, we’re more than corrupt. We’re an abomination to our creator,” he lamented. There are no potholes in Kigali. Yes, you heard me right. There’s no hawking in her streets. And there are no plastic bags in the city.

How did they pull it all together?
Well, I will tell you this, there’s no royal road to learning. Ghana has been on this pathway before. Leaders from far and near used to come here to understudy us. Former Singapore leader Lee Kuan Yew was among the many that visited Ghana to understudy her astronomical development at the time. But they say time and bad condition do not favour beauty.

Don’t forget, Law and Order provide framework for stability and development’. Even though there’s no free education at the senior secondary level in Kigali, the Junior High is subsidized by the government, notes Mr. Boafo. The city is developed in phases: Phase one is for high rise buildings. The government’s aim is to make it look like Singapore. Phase two is for the middle class and phase three for the low-middle income earners. All lands have been registered as states’. So one cannot decide to build anywhere and anyhow. It’s vision 2050. Do we have a long term vision?

Time with Kagame
According to Mr. Boafo he’d a one-on-one meeting with the Rwandan president which last fir 30 minutes. “Paul. Kagame loves Ghana,”he says. Mr. Kagame learned from Ghana he revealed to the PSR chief. The country has tremendously benefited from the University of Ghana Business School, and the Local Government sector. Rwanda’s current minister for public sector studied here in Ghana, Mr. Boafo said.

‘Doubting Thomas’
“I deliberately hired a cab for 24 hours ($50) purposely to tour the city and ascertain for myself as to whether there are potholes. And I established after my recognizance (rece) tour that there are no potholes in Kigali. The city is clean.”

Admonitions
The promises are enough let’s get down to business, says Mr. Boafo. Ghanaians must not behave like wolves in sheep clothing..that won’t help the nation. Let’s get rid of corrupt individuals. Let’s serve our nation with open mind, and with selfless hearts., let’s bequeath to our children’s children a proud legacy—a more prosperous one. We shouldn’t blame witches and demons for our underdevelopment and woes we’re better than that...

Can Ghana do it?
I strongly believe, Ghana’s transformation will depend on its people and the leadership. We can blame the governments for lack of employment, blame them for epileptic power/water supply, blame them for deplorable road networks, high inflation, high cost of living, land degradation, corruption in public offices and many more,,but if the people aren’t disciplined all this would come to naught.

I think Rwanda is doing things right because the people are willing to obey the rules and play by the book. Short cuts, under hand dealings, fraud, pilfering, thievery are inimical to growth. Sodom has bounced back. The ministries enclave that used to be the centre of attraction in terms of cleanliness has now become a shadow of itself. Hawkers have invaded the place. Places deemed affluent or upscale zones have increasingly seen hawkers invading them like the way early Europeans scrambled for Africa in the 14th and 15th centuries.

Where did we go wrong?
Well read this: “I was shocked when I learned that what goes into Rwanda’s budget for all her flamboyant projects is just a quarter of what Ghana mobilises. Si what happens to our s? You surely know where it goes... It goes into individual pockets. The 15% freebies is killing Ghana. Our roads have a short life span. The worst is three weeks and the best is three months. Roads that have lasted three years without potholes might’ve been lucky to have t gone through some hands of little ‘saints’.

What do Ghanaians expect from their leaders? Do they want the leaders to run the nation anyhow? Are the people determined to work with their governments to stamp out corruption from the system? Would they not threaten to vote the governments out simply because they didn’t allow them to pollute our water bodies and degrade our lands? Do Ghanaians expect the leadership to account for every Cedi or dollar in revenue?

In Rwanda, according to Mr. Kusi Boafo a village with an estimated 180 population has a hospital with 150 beds. That’s what we call Priority. There can be no high productivity if the people aren’t healthy. Citizens will not sacrifice if their leaders are driving Maserati s, Land Rovers and V8’s. Let’s prioritise for time and tide waits for no man.

More Feature Article
Modern Ghana Links
Blasphemy: Ganduje and Continued Detention of Mubarak Bala in Kano
Ghana’s Benighted Age of Prophetic Madness
Sunk before Service: Australia’s Disastrous Submarine Project
The state of Censorship
The Yin and Yang of 2020: A Messy and Terrible Year, yet a Harbinger of Global Hope
The Talking-heads in Africa on my mind.
Biden administration signals hope for a new START
The Police Must Desist From Selective Enforcement of Imposition of Restrictions Law
Ex-President Trump And Four Years Of Witchcraft In American Politics
Election Reports Quotes Dossiers
TOP STORIES