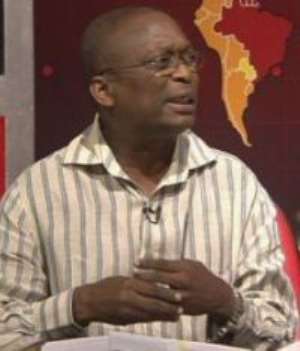 When I saw the following banner news headline, “Baako Reveals How Sports Minister Dragged His Deputy Into Commonwealth Visa Scandal” MyJoyOnline.com / Ghanaweb.com 7/15/18), I thought whatever the Editor-Publisher of the New Crusading Guide had to “reveal” was something different from what we already knew. Which was that as the Deputy Sports Minister, Mr. Pius Enam Hadzide was responsible for the handling of Ghana’s entire participation in the 2018 Commonwealth Games, including, of course, the acquisition of visas by both active participants and media reporters, as well as officials of both the Sports Ministry and the National Sports Authority (NSA). These days, there are so many sporting agencies in the country that sometimes I have a hard time differentiating among them.

But what is clear, contrary to what Mr. Baako would have the Ghanaian public believe, is that Mr. Isaac Kwame Asiamah did absolutely nothing wrong, illegal and/or unethical when he allegedly wrote to President Addo Dankwa Akufo-Addo recommending the suspension of his ministerial deputy and a couple of other officials related to the Commonwealth Games. Thus, for anybody to assert that Mr. Asiamah “forcefully pulled his subordinate into the scandal that engulfed the country’s participation in the 2018 edition of the Commonwealth Games in Gold Coast, Australia” is sheer poppycock or codswallop, as the English would say. At the very least, Mr. Hadzide was clearly guilty of negligence or some substantive modicum of administrative incompetence.

Incompetence because it was part of his assigned duties, or portfolio, to ensure that any Ghanaian who secured a visa to fly to Australia, in the name of the National Sports Authority, was genuine or had been legitimately approved to go as part of Ghana’s contingent. What I therefore think happened here, vis-à-vis the decision by President Akufo-Addo to reinstate Mr. Hadzide as Deputy Sports Minister had to do with the recognition that although he had performed grossly incompetently, the Deputy Sports Minister had himself not dirtied his hands by personally engaging in the visa racket. Now, that does not totally exonerate or exculpate Mr. Hadzide from any blame or responsibility.

On the face of it, there is also absolutely no evidence indicating that Mr. Asiamah, the Sports Minister, wrote the letter to the President recommending that his ministerial deputy be suspended with malicious intent. The pontifical likes of Mr. Abdul Malik Kweku Baako needs to bear in mind that Mr. Asiamah’s job and political career and were also on the line. It was a simple question or equation of killing or getting killed, a basic matter of primal self-preservation. In other words, it would have constituted the height of nihilism or abject self-hatred for Mr. Asiamah to have taken the fall, as it were, for his deputy, when the failure of primary responsibility or managerial incompetence squarely lay at the doorstep of the Deputy Sports Minister, the official in charge.

Then also, it is decidedly preposterous for Mr. Baako or anybody else who reasons on this particular subject like him to wonder whether Mr. Asiamah, henceforth, could comfortably and in good conscience work with Mr. Hadzide. I hope there are no hard feelings or bad blood raging between these two men as a result of the Australian visa racket. If there is, then President Akufo-Addo may very well consider transferring one of these two men to another ministry. I personally think that both men are mature enough to forge a good working relationship, even if either of them has a hard time coming to terms with the seismic effects and impact of the Australian visa racket. A brief talking to by Nana Akufo-Addo would, of course, be perfectly in order.