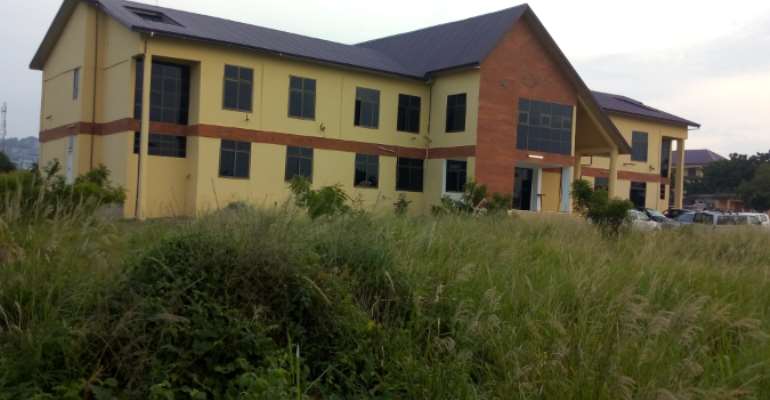 Staff of the Ga –Central Municipal Assembly in the Greater Accra Region have bemoaned the presence of snakes and other repitiles in their offices.

The situation has been blamed on the bushes surrounding the office complex located at Aunty Aku-Kokompe, a suburb within the municipality.

Some staff who spoke on condition of anonymity lamented bitterly about the rampant invasion of the reptiles at the offices after it was relocated from Sowutuom to Aunty Aku- Kokompe about a month ago, saying their lives are in danger.

Describing the condition as "life threatening", some workers told the Daily Express coming to work now has become a daily risk because snakes and other reptiles have made the facility their abode.

“We don’t feel secure when we come to work because snakes and rats are always entering our offices and this is a threat to our lives," one of the staff who pleaded anonymity said.

The paper gathered that a staff was recently bitten by a snake.

The Municipal Chief Executive of the Ga- Central Assembly, Dr Emmanuel Lamptey in an interview with the Daily Express couldn’t confirm or deny the story.

However, he said the clearing of the bushes is the responsibility of the staff who gave the hint to the Daily Express.

"I'm not supposed to clear the bushes surrounding the assembly’s office complex…the responsibility lies on the staff who contacted your outfit to report!” Dr Lamptey emphasised.