Open Letter To The Governor Of Bank Of Ghana. 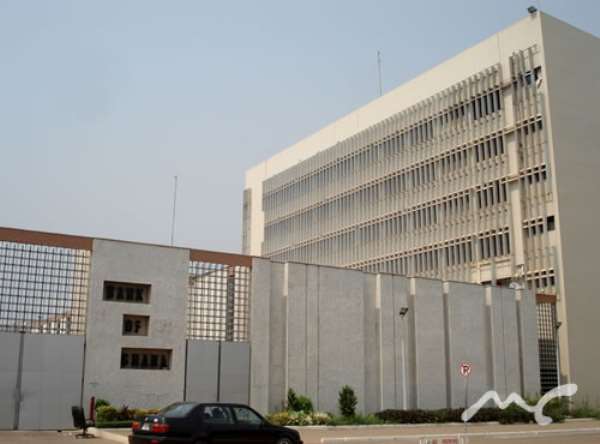 I bring you felicitations from your alma mater, the Economics Department of the University of Ghana, Legon. I bear the sure feeling that, as a watchdog of the monetary policy of Ghana, you are troubled by the constrained fall of the Ghanaian cedi against major trading currencies particularly the U.S dollar.

I am also convinced that you will take solace in the marginal stability the cedi has garnered under your presidency. Equally, i am gravely troubled by the depreciation, prospects, and forecast for our currency in the forex. The exchange rate for a U.S dollar to a cedi is clocking Ghc4.8 and with an average annual depreciation of 36%, a very radical measure must be taken to remedy the situation to prevent its concomitant economic distresses.

The U.S dollar has long dominated the global marketplace and such a monopolistic economic order will invariably make the cedi subservient to the greenback(U.S dollar). Until the virtual monopoly of the dollar is broken or weakened and slump down the huge demand for the dollar in the currency market, no known demand-supply theory will be in favour of our cedi.

As a country that overwhelmingly imports majority of her consumer and capital goods( In 2016 alone Ghana imported $12.5B worth goods and services -- 29% of GDP), the want of the dollar to satisfy our importation bill will be a necessity. Sir, you have incessantly dollarised our economy to shore up the cedi but it did not yield the satisfactory results.

Your predecessors including Messrs Kofi Wampah and Nashiru Issahaku employed same correctional tools but it only gave a temporary solution. The injection of dollars into the interbank market is simply not a sustainable and comprehensive treatment of the cedi depreciation. Import substitution policies as seen in the One-District-One Factory is also another remedial measure to reduce the pressure and restore sanity for the cedi. However, this industrialization programme is long-term in nature and will not materialize to rescue the cedi even in the distant future as we may envisage.

The dollar is Ghana’s main trade currency. Notwithstanding, the jockeying for currency supremacy raises the call for Ghana to consider reducing our reliance on the dollar and as such reduce the pressure on the cedi-dollar exchange rate. The People's Republic of China remains Ghana's topmost import origin with an annual import bill of over $2.7b. Bilateral trade between Ghana and China stood at around $4 billion in the year 2016 and officials anticipate the volume to increase significantly as China moves further down on the path of market liberalization.

Sir, this is an opportune trade relationship that BOG can explore the possibility of using the Chinese currency for undertaking bilateral trade transactions as it will help Ghana in reducing her dependence on the dollar. The Central Bank from my macroeconomic viewpoint should activate processes to introduce the Chinese yuan instead of the dollar for importing goods from China to support the cedi and boost our currency reserves. With this in place, dollar demand burden arising from trades with China would be lifted from our FX reserves.

Mr. Governor, the U.S dollar has bullied the cedi for far too long and very aggressive measures must be taken to arrest the volatility of our currency. I well understand the diplomatic backlash Ghana stands to suffer from the United States should BOG go this path of currency swap agreement, be that as it may, very pronounced problems needs radical solutions. From the bottom of my heart, I wish you well sir.

Mr. Governor, my thoughts, your MOVE!

Yours in the service of God and Country.