HIV Mystery Of Unity In Variety 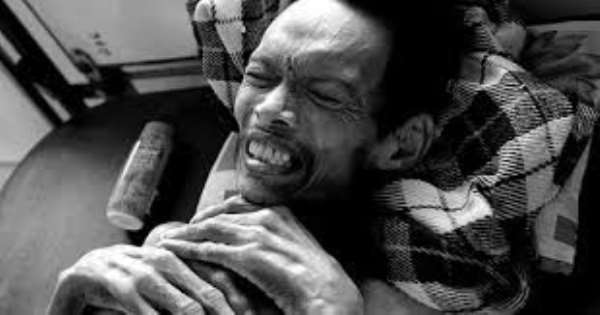 May 1986: Retroviruses which were identical with STLV-IIImac (=SIVmac) of the captured rhesus monkeys, were indicated in leprous, but otherwise healthy, Cebus monkeys in the Primate Research Center New Orleans, USA and also in those rhesus monkeys which had been transplanted with the lepra-tissue from these Cebus monkeys and which subsequently suffered from Aids.

July 1986: 14 of the 15 Cebus monkeys captured and examined carry this SIVsmm-virus without showing any clinical symptoms. It is unknown, whether it is the same as SIVmac-251.

June 1989: Three years after the description of the retroviruses (SIVsmm) in captured, healthy Cebus monkeys in the USA research centers, the head of research, PN Fultz, maintained that these viruses had also been isolated in Cebus monkeys living wild in West Africa.

Silence about the numbers, place, and the time of this evidence but this alleged occurrence outside research centers together with an alleged extensive spread of HIV-2 ROD (=Cape Verde occurrence) amongst people in West Africa was said to be an indication that 30 to 40 years ago, retroviruses from a Cebus monkey must have penetrated a human organism and then had transformed itself into the HIV-2 retrovirus.

As an alternative, the USA scientists state that HIV-2ROD had passed from human beings to monkeys and had changed in the latter. They did not even discuss the possibility that HIV could have been transmitted by insects, parasites, birds, fishes, by seamen, and tourists to people and animals in West Africa.

How could human beings have infected monkeys with HIV? To date, there is indication whatsoever that West African Cebus monkeys living in the wild, consume intravenous drugs, transfuse untested blood pints, use contaminated blood products, or frequently use unsterilized injection syringes.

These possibilities explaining infection with the human virus obviously do not apply to animals. Since human beings do not bite monkeys, the research authors impertinently expect us to believe transmission from human beings to animal occurred through sexual intercourse between a West African person and a wild 24-inch tall monkey.

How could human beings have acquired SIV from monkeys? Since, of the 15 million or so HIV-infected people, there is not a single case of transmission via saliva (the exception was supposed to be a dentist from the USA) or through biting, this possibility must also be rejected for West Africa with regard to transmission from animal to human.

Here too, we will have to imagine the transmission of the SIVsmm from a little monkey to a West African person as an hurly-burly circus stunt in a tree top.

A fourth human retrovirus
The alleged precursor virus of HIV-2, HIV-2-D204 was also found in Germany, in a healthy woman from Ghana. This virus is a further human retrovirus.

Hiv mystery of unity in variety
Out of the swarms of lentivirus-strains used for evidence, research, and development, one strain of each was described as the prototype. For the Human Immunodeficiency Virus (HIV) the American, R.C. Gallo, and the Frenchman, L. Montagnier allegedly independently of each other designated the same HIV-"BRU" strain as the archetype.

Both let them be paid the fee for their scientific work under the scientific designation HIV-1. Ostensibly, as a result of contamination and mixing up by mistake, the same HIV-strain "BRU" was used in the USA and France to produce examination substances.

This strain had been obtained from the blood of a man in France, at the end of 1982, undergoing treatment for syphilis, but who hasn't any Aids. The monster HIV was taken from a health being, then cultivated, specified and patented at the same time by scientists who allegedly bitterly stand up against each other.

According to the majority of research scientists concerning the core of HIV, it is close to the Virus of Infectious Anemia of Horse. Others maintain concerning the virus core of HIV that it is close to HTLV-1. The common descent of all HIV-1 viruses from the same origin which goes back ten years at the most is shown by the fact that the changing H1viruses continue to be detected by the same antibody test.

This corroborates all HIV-1-variants to be derived from the patented "BRU" type. In 1985, the viruses of all samples examined in France were found to be even identical. And the first nucleo-acid derivatives of the various virus strains examined in the USA were also identical.

'Pushing for nuclear power in Ghana is wasteful and ill-advi...
12 minutes ago