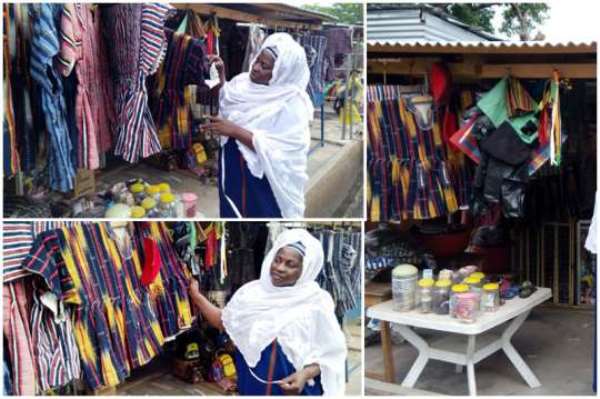 Wa, July 14, GNA - The production and supply of smock dresses in the Upper West Region have exceeded demand due to the absence of a ready market for the local high quality fabric.

The Smock which is known in 'Waala' as 'Danchichi' or 'Batakari' is a lucrative and prominent economic activity in Northern, Upper West and East regions of the country.

The Ghana News Agency surveyed various shops in Wa, the Upper West regional capital, in the second quarter of 2018 and found that several smocks for both sexes and styles were displayed inside the shops or by the road side for sale.

Mrs Jennifer Kutum Osman, who has been in the smock business for over a decade in an interview with the GNA, said 'the smock business is lucrative' but raised some concerns saying in recent times the trade has slowed down.

She said the initial high demand of the trade in the 1990s and early 2000s triggered the mass influx of producers into the industry but no steps were taken to absorb the corresponding demand and surpluses.

'So many people have joined the business in diverse ways which has increased production but the demand has since then been low if you look at what is being supplied,' she said.

'To me now the business is not moving because it can take me three days without selling a single smock, I am just sewing them and putting them down. But when I was alone in this area, I used to sell four or five a day'.

The Upper West Region is noted for making beautiful and quality smocks but rising costs of production materials and lack of modern sewing machines continue to hinder efforts at mass production.

Mrs Osman said there is the need for state agencies responsible for the industry to assist weavers with electronic machines, capital and also find local and international markets to enable them meet their daily production requirement.

'I used two to three days to complete one smock for men with a hand sewing machine but if I am able to get a better electronic machine, I can produce at least four smocks a day.

I also need roughly GH¢50,000 to expand my business and employ not less than 10 apprentices,' she said.

The GNA checks showed that a local long sleeves smock for men known as Daboya is selling at GH¢350.00 while the short sleeves is sold at GH¢250.00.

Mrs Osman called on stakeholders to help rebrand and market the smock industry to attract both local and international demands in order to help raise more hard currency and create additional jobs for the youth.

Mr Ibrahim Mohammed Awal, a regular smock user, told GNA that smocks are high demand as traditional dresses used in the region for several occasions such as funerals, festival celebrations, child naming ceremonies among others and there is the need to regulate prices.

'Now the poor, old age [person] can't afford to buy smock because of the high price, and even some youth. When you are wearing a smock people see you to be in a high class and this has led to the low patronage in the region,' he said.