A Historical Digest: What Is NDC’s Political Tradition? (I) 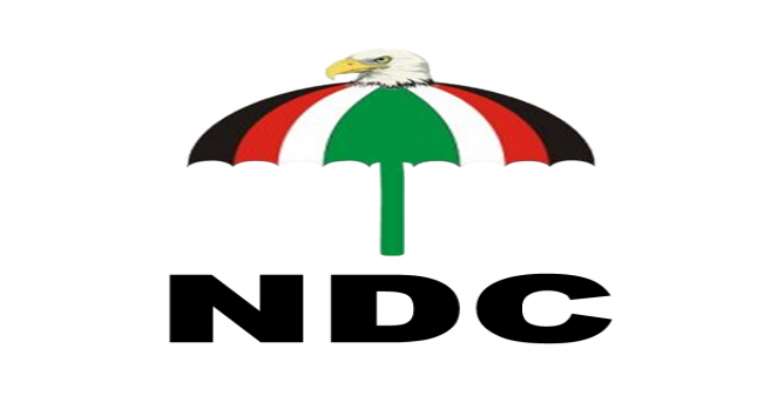 I must confess, it won’t come as a surprise at all, if observers, at a glance, instinctively raise an objection to the caption of this periodical.

In any case, the title is neither destitute of merit nor can be deemed as an isolated thinker’s thought process, so hold your breath dearest reader, sit back, relax, and make an effort to travel the whole distance with me to the final destination, then you may engage in a carefully considered deliberation and form your opinion thereafter.

It is, therefore, worth stating that in Ghana, the widely recognised and dominant political traditions are the ‘Nkrumaists’ and the Danquah-Dombo-Busia.

It must also be pointed out that the first political party that was formed in Ghana was the United Gold Coast Convention (UGCC), which was formed on 4th August 1947.

In a historical perspective, the story is told, vividly, that the organisers of the UGCC magnanimously extended an invitation to the equally intrepid and patriotic Dr Nkrumah in London to take an important position as the secretary of the organisation.

To his credit, and as expected of a true patriot, Dr Nkrumah graciously obliged and took the position. But as it is with any other working team, unexpected dissonance ensued and the members unfortunately parted ways thereafter.

Consequently, Dr Nkrumah, together with a few disgruntled UGCC apologists broke away and formed the Convention Peoples Party (CPP).

Nonetheless, the other remaining members of the UGCC formed a new party which was called the United Party (UP).

Based on the obvious rich history of the Nkrumaists and the Danquah-Dombo-Busia traditions, the CPP and NPP faithful have the bragging rights about the authenticity of their respective ideologies.

Bizarrely, however, the supporters of the National Democratic Congress (NDC), a party that sprung out of a series of violent coup d’états, have been parasitically and unblushingly holding on to the Nkrumaists tradition. How bizarre?

Take my word for it, dearest reader, that could never be right, because as far as Ghanaians are concerned, the NDC was founded on the ideals of coup makers, who had no spelled out ideology back then.

Perhaps more than anything else, the brassbound NDC supporters are not content with their violent and weird tradition, and hence seeking refuge, albeit with an unabashed disgust in the Nkrumaists tradition.

The NDC Party apparatchiks, so to speak, have over the years been hoodwinking and proselytising unsuspecting Ghanaians to believing that the NDC Party is a subsidiary of the Nkrumaists tradition. How pathetic?

The fact however is, the NDC Party was founded on the ideals of coup making enthusiasts, who were without doubt novices in the political terrain.

Dearest reader, given the bizarre circumstances in which the NDC was formed, one would have expected a true probity, transparency and accountability within the successive NDC governments, but that has never been the case. The successive NDC administrations have been characterised by wanton sleazes and corruption to the dismay of discerning Ghanaians.

The fact however is, since the attainment of the independence from the British in 1957, the NDC tradition (PNDC and NDC) had governed the country more than any other government you can think of. In fact, that tradition had governed Ghana for approximately 27 years out of Ghana’s 60 years.

It is for this reason that some of us cannot get our heads around how and why some people would choose to bypass the worst culprit, the NDC Party for Ghana’s poor macroeconomic indicators, and would gleefully upbraid the likes of CPP, PNP, NLC, SMC, and NPP.

If we stroll down memory lane, the CPP tradition (CPP and PNP) governed the country for approximately 12 years.

Disappointingly, though, the last ‘Nkrumaists’ government formed by the PNP, and led by Dr Hilla Limann, was deposed by the founders of the NDC Party which was spearheaded by Ex-President J. J. Rawlings on 31st December 1981.