Where Are The Ebola Attackers On ModernGhana News Site? 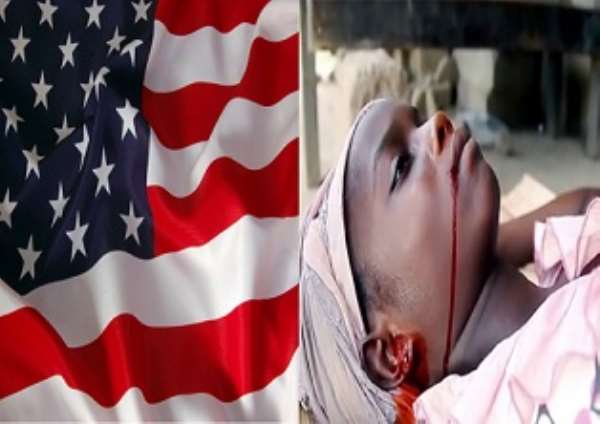 On May 26, 2018, I published an article on ModernGhana news captioned “A Warning To The US Government: Stop Testing Ebola Biological Weapon In Congo.” Since we live in a world an African journalist, writer or author, faces underestimation, disrespect, and discrimination, I was attacked by some readers who want to convince the world that I am a bad or a false writer.

One of the comments came from a reader who gave his name as Ivan, without writing his full name. (ModernGhana article reference: https://bit.ly/2ujWWEK.

According to Ivan “This writer must be on drugs to dream up this nonsense. Seems to want to portray that the entire world is against Africa. Clean up the government graft, payoffs, kickbacks and theft and maybe people would want to visit the continent."

Another writer calling himself Boris said “I see the author currently lives in Belgium. There are certainly ways for him to organize a vacation on the Congo river.” Readers interested in the article can read further from the provided reference.

I have written many medical articles not because I went to a medical school but I became interested in writing such articles after visiting scientist Johan Van Dongen in Holland and Dr. Wolff Geisler in Cologne, Germany. The documents they gave me pertaining to medical crimes, including the deliberate spread of diseases in Africa, such as Ebola are shocking.

“Whatever happens to me benefits me in a special way." The outrageous comments and insults from those readers provoked scientist Johan Van Dongen to join the ModernGhana news to start posting his articles. As I narrate this story, since from the time scientist Johan Van Dongen start posting his articles, all those that previously attacked me are nowhere to be found.

They attacked me because they want to create the impression that an African writer has no brain, therefore, he is writing nonsense. My question is where are they now? Because scientist Johan Van Dongen is waiting for their attack as well. “Smartness is a form of stupidity,” he says. Because he is a white scientist and those that attacked me know the articles are accurate, there is no challenge from any opposition readers.

Africans should never allow such comments from those attacking African writers on ModernGhana news site or any social media to change their mind. If they think Europeans or Americans love Africa, I have some questions for them.

There are no people in their right mind that will claim they love Africa and treat them in such a manner. If Europe and America embassies give African visas doesn't mean that they love you. Visas are not given free of charge. Sometimes they will deny you the visa and take your money as well because your money helps them. This is what Africans need to understand.

More Feature Article
Modern Ghana Links
Dissolution of marriage over witchcraft and customary court: Media hype and extortion in Ibadan
Our ‘Whom you know’ Canker
A precedent lesson for NDC MP for Assin North Constituency
Why, when and how does Almighty God Backtrack on His Good Promise made to an Individual?
Immortal Wins: India Defeats Fortress Australia
Gov't must reject the attempt by IPPs to manage ECG
Open Letter to President of Ghana Nana Akufo-Addo
Precursor To Pentecost And The Coming Of The Holy Spirit
Memo to the Electoral Commission (EC)
Election Reports Quotes Dossiers
TOP STORIES

'Pushing for nuclear power in Ghana is wasteful and ill-advi...
47 minutes ago