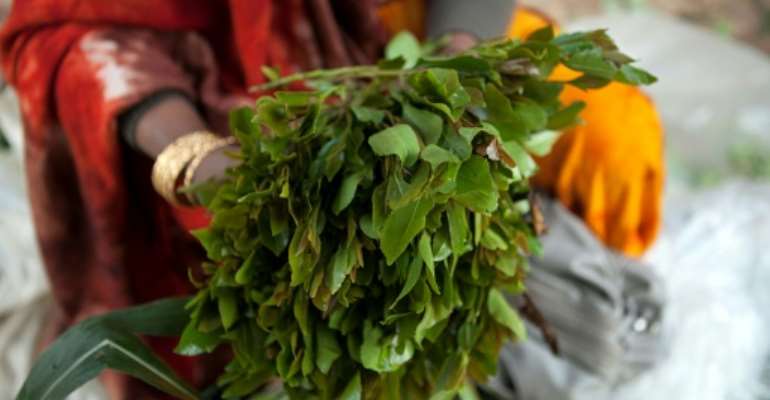 The mild narcotic is popular in many parts of Africa. By ZACHARIAS ABUBEKER (AFP)

A Tanzanian ambulance driver has been arrested after it emerged he was carrying a hefty load of the leafy narcotic khat, with his sirens wailing, instead of a sick passenger, an official said Friday.

Khat is a red-stemmed, green-leafed plant that has a mildly amphetamine-like effect when chewed.

In many parts of east Africa the chewing of khat is an oft-abused but legal social pastime. Tanzania is one of the rare nations in the region in which it is banned.

"This ambulance was intercepted (Wednesday) with its siren blaring as if it was transporting a very sick person, while in reality it was 800kg (1,700 pounds) of khat," a local government official from the northwestern town of Tarime told AFP on condition of anonymity.

He said the driver had been asked to transport a sick person, but said the ambulance was out of fuel. It was the police car sent to pick up the patient who spotted the same ambulance driving along, and stopped it.

Police commander Juma Ndaki told the Mwananchi newspaper it was suspected the khat came from neighbouring Kenya, where its use and sale is legal.