Ghanaian Gets 10 Years For Romance Fraud 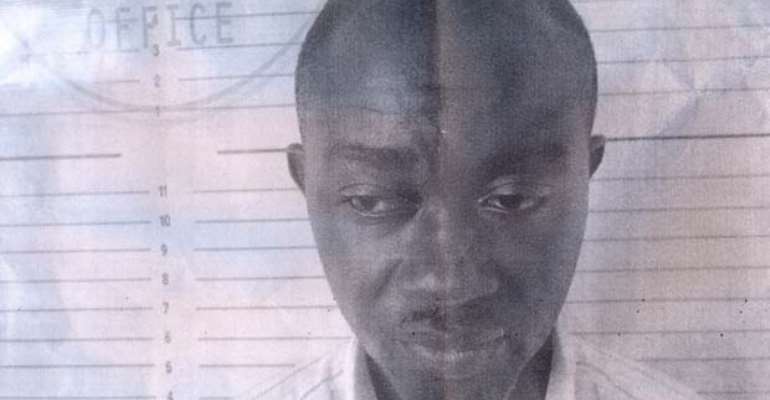 A GHANAIAN, Solomon Oppong Berko, who posed as a woman to defraud a 43-year-old Australian national, Adam Gordon Sanders, in a romance scam, has been sentenced to 10 years' imprisonment.

In his dealings with the victim, the jailed Ghanaian is said to have posed as a female with the nickname, “Ena Kissi”. According to court documents, the victim is a retired commercial fisherman and a citizen of Australia.

Executive Director of the Economic and Organized Crime Office (EOCO), K.K. Amoah, who briefed DAILY GUIDE about the development, said the amount involved was $115,000 AUS.

According to EOCO, Sanders had told authorities in Ghana that the transactions were under the pretext of buying property in his favour when he arrived in Ghana and helped the supposed “Ena Kissi” and her family financially.

“It was noted from the report that a total amount of $115,000 AUS was remitted to Solomon Oppong Berko (accused). The accused person posed as a female with the nickname “Ena Kissi” in his dealings with the victim,” a document made available to DAILY GUIDE indicated.

It said the report requested EOCO to conduct investigations into the alleged scam and apprehend the suspect and any other person (s) involved.

It said based on intelligence, the accused person was arrested on December 6, 2017, and investigations commenced into his role in the scam.

According to the document, an amount of GH¢52,000 held in Fidelity Bank account of the accused person was subsequently frozen by EOCO.

Trial
It said the accused person was first arraigned before High Court – Financial Division '1' on December 8, 2017, on a charge of defrauding by false pretenses, money laundering and possession of forged documents.

Hearing commenced on December 18, 2017, at the said court and ended on June 28, 2018, at the High Court – Criminal Court '4'. The accused was sentenced at the Nsawam Medium Security Prison for being found guilty of the claims against him.

The court ruled also that the remaining frozen amount of GH¢52,000 be remitted to the victim.

Previous Case
Some Ghanaian nationals have notoriously been in the news for romance scams against foreign nationals.

In 2017, some three Ghanaians were arrested over “large-scale romance fraud” in which some £5 million was stolen from 16 Britons.

The three were Opoku Agyeman, who was arrested in UK, and Moro Musah and Sabina Adzre, both arrested in Accra by EOCO.