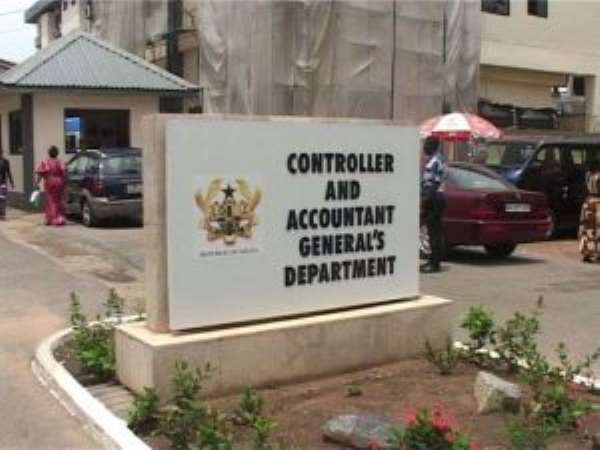 It will begin in state-funded offices in the Central Region and subsequently spread to all public sector offices nationwide.

This World-Bank funded project, though not the first attempt at cleansing the country's public sector payroll, is the first large-scale and inter-agency approach to sustainably cleaning the payroll.

As far back as 2014, the Controller and Accountant General's Department deleted 3179 ghost names from the pay roll; with the Education Ministry alone, also deleting 2,913 ghost names from its payroll.

The Korle Bu Teaching Hospital could not account for 1052 of its Staff; as well as some 60 staff who were paid through internally generated funds; when a head count was conducted in 2013.

The Centre for Policy Analysis estimated that the country lost about 1.3% of its GDP; translating into 1billion to ghost employees in 2013 alone while an average of 100million Ghana cedis was paid to ghost workers monthly in 2012.

The Government of Ghana Budget Statements and Fiscal Policies over the years provide even more worrying insights. In 2012, the public wage bill ballooned to 72.3% of tax revenue as a result of the implementation of the single spine salary (SSS) structure; from an estimated 60.9% as was captured in November 2012 State of the Nation Address. In 2018, Of a total budget estimate of Ghc62billion, Finance Minister, Ken Ofori Atta told Parliament in November 2017 that; “compensation of Employees which continues to represent the single largest item of government expenditure is estimated at GH¢19.6 billion (8.1 percent of GDP). Of this amount, GH¢16.8 billion, equivalent to 6.9 percent of GDP has been provisioned for Wages and Salaries alone”. This wasteful expenditure can largely, if not wholly, be primarily blamed on an overstuffed public sector.

Sadly, in many instances, no prosecutions were made and no monies recovered. The trend must change and indeed change is coming! Special Prosecutor Martin Alamisi Burns Kaizer Amidu, at a recent ceremony, signaled a ray of hope; by the time the [payroll audit] is finished if there are people who have committed any corruption or corruption-related offenses we will deal with them together with their self-seeking collaborators”. Ghana must support this without any political party blindfolds.

In the light of this I join myself to the emphatic statement of the Auditor-General, Daniel Yaw Domelovo thus; “if you think your name has been inserted in the payroll wrongly, you have to run and purge yourself by quickly refunding that money to the government”. It is about time!

In a country where 85% of the Local Government budget is financed with donor funding, and about 60% of the entire budget is financed with donor-support; where 25 million people share 165 ambulances, where citizens are treated on plastic chairs, or on the bare floor, or even at worse, have no access to health facilities; it is demonic that so much is lost to ghost employees.