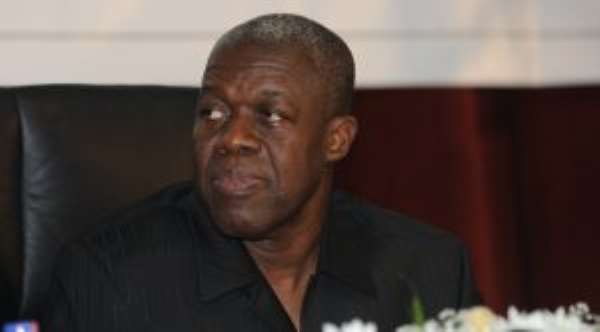 The final funeral rites of the late former Vice President, Paa Kwesi Bekoe Amissah-Arthur has been announced by his family.

The interment for Mr. Amissah Arthur will, however, be by special invitation.

A thanksgiving service is expected to be held on Sunday 29th July 2018 at the Calvary Methodist Church in Accra.

An aide to the late Kwesi Amissah-Arthur, who confirmed the death to Citi News said Amissah-Arthur collapsed at the Airforce Gym during a workout session and was rushed to the 37 Military Hospital.

About Amissah-Arthur
Before becoming Vice President in August 2012, he was Governor of the Bank of Ghana from 2009 to 2012.

He was survived by a wife and two children.