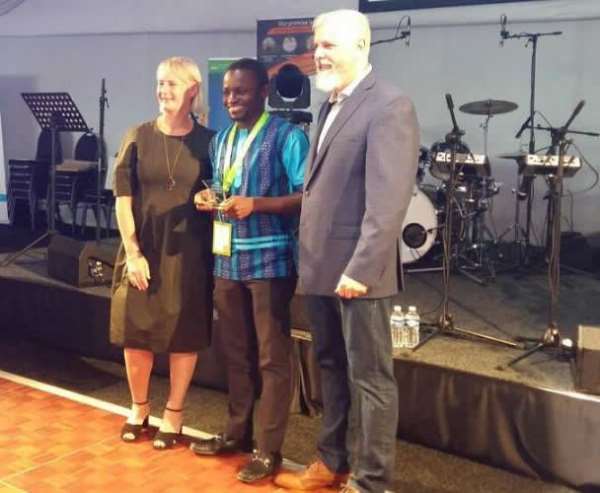 Joy News’ Hotline Documentary, Rampaging Soldiers , has been adjudged the Best Broadcast Video Story for 2017 by the International Federation of Agric Journalists (IFAJ) at its annual awards ceremony in the Netherlands. 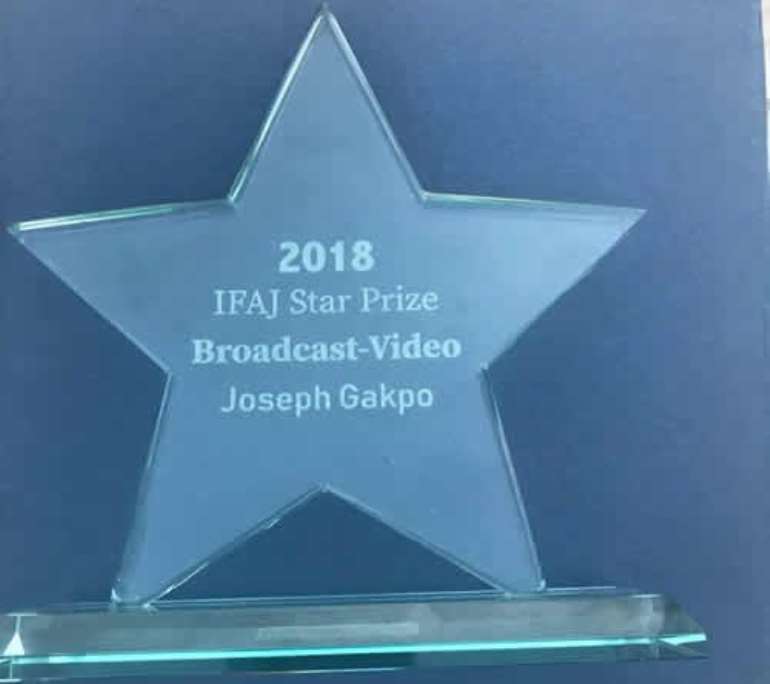 It was his second award for the night after he was also honoured along with nine other journalists with the Young Leaders in Agric Journalism Award by the IFAJ.

In ‘RAMPAGING SOLDIERS,’ Jospeh Opoku Gapko toured some farming communities to assess the level of damage that these pests have caused to fields, and how farmers are struggling to recover.

The documentary also discusses how the pest invasion will impact government’s flagship Planting for Food and Jobs Policy.

Joseph Opoku Gakpo said he is "super excited" about receiving the award and stressed the impact of his documentary which he said led to the summoning of the Minister for Food and Agriculture, Dr Akoto O. Afriyie, to Parliament.

He recalled the sleepless nights the team endured to produce the documentary and the painful stories of losses the farmers suffered from the fall armyworm invasion. 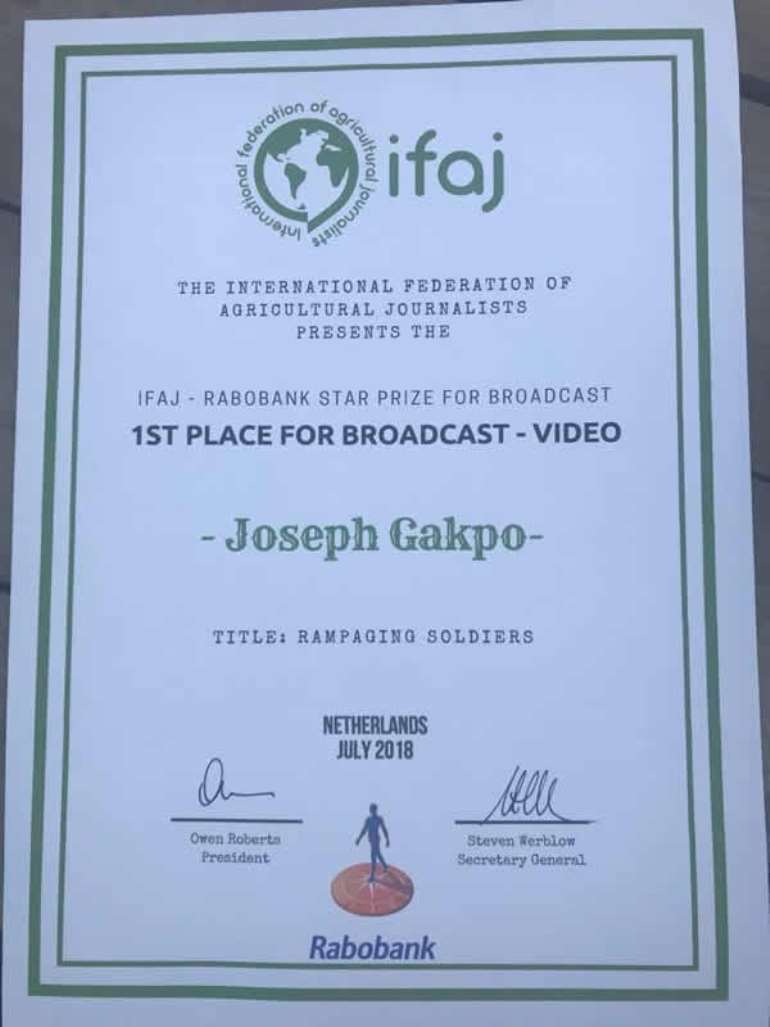