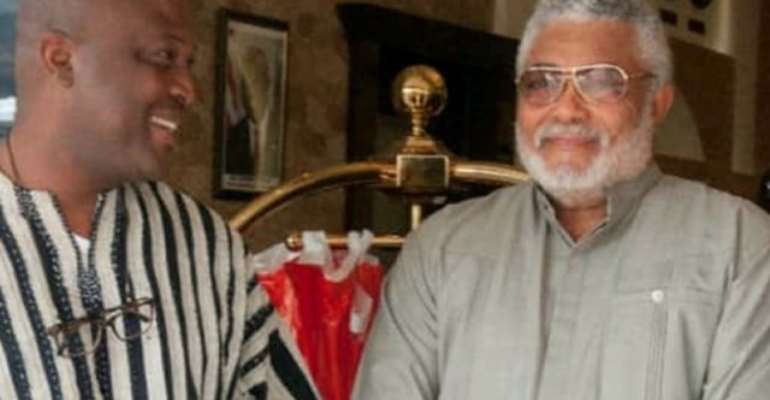 Former President Rawlings wrote on his twitter handle: “My warm congratulations go to Ibrahim Mahama on his recognition by the AAA as African Industrialist of the Year. This is a reward for your hard work, Ibrahim. Best wishes to you.” 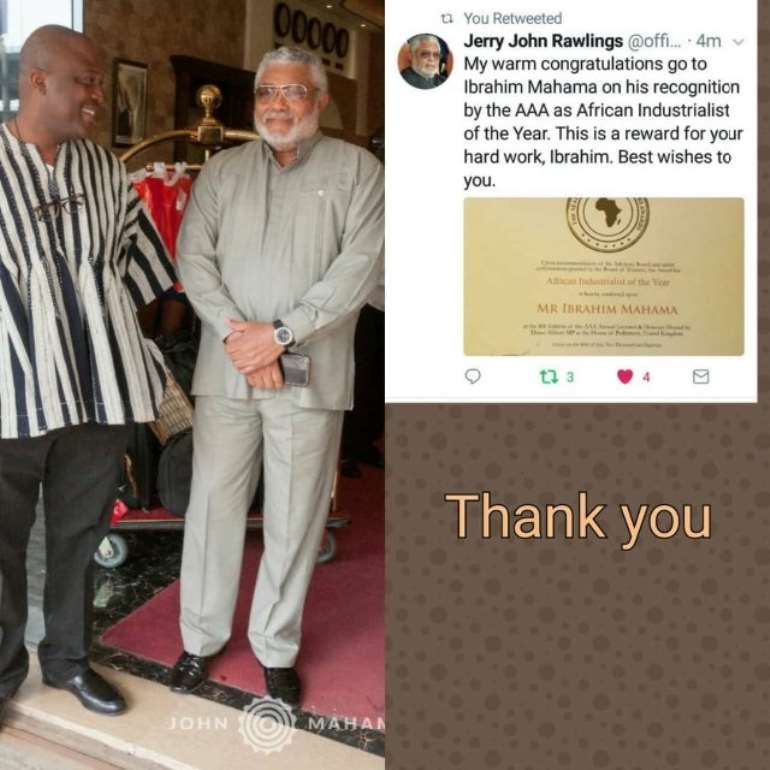 Gabby Asare Otchere-Darko, who is also a confidante of the President Addo Dankwa Akufo-Addo also a tweeted on Tuesday, “Ghanaian entrepreneurs whose efforts are acknowledged internationally must be doing something right.”

The awards event, which took place in the House of Commons in London on Thursday and hosted by Rt. Diane Abbott, Shadow Home Secretary, celebrated Mr Ibrahim, a Ghanaian businessman and Industrialist, and brother to former President John Mahama, for his hard work and outstanding entrepreneurship achievements in Africa.

After receiving the award, Ibrahim Mahama dedicated it to the memory of his late father E.A. Mahama, and mother Joyce Tamakloe. Also, he dedicated the award to the hard working management and staff of Engineers and Planners, whose untiring efforts he said has elevated the company to its current stage.

"I believe that the opportunities exist for us as Africans to capture the commanding heights of our economies. As youth of the continent, we must think outside the box and seize the bountiful opportunities that abound right beneath our noses," he said.

The quintessential businessman expressed the belief that receiving his award, would spur other young Africans to aspire to establish their own businesses and take advantage of the opportunities Africa has to offer.