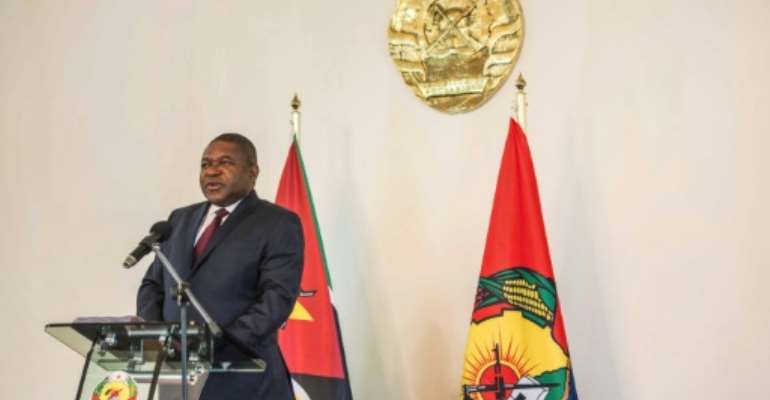 Mozambique's President Filipe Nyusi said a breakthrough had been made with the opposition Renamo party over the disarmament of its armed wing. By MAURO VOMBE (AFP/File)

Mozambique's President Filipe Nyusi and opposition Renamo leader Ossufo Momade on Wednesday announced an apparent breakthrough in peace negotiations over the integration of former rebels into the police and army.

The disarmament and integration of Renamo fighters has been a major sticking point in talks, with the government demanding the immediate disbanding of Renamo armed units.

"The (Renamo) leadership agreed with us. We will continue with the procedures that we have been implementing, the integration in the police... it will be possible," Nyusi told reporters.

"The main thing is to give assurance to our MPs and to society in general that the process will not stop."

The government and Renamo, which has maintained an armed militant wing, have been in peace talks after unrest erupted between 2013 and 2016.

Renamo fought a bloody 16-year civil war against the ruling Frelimo party until 1992.

"From the conversation we had with the head of state, we reached the consensus that it is possible to integrate (the Renamo armed wing) into the police," said Renamo interim leader Momade.

A formal declaration of the deal is expected shortly, Nyusi added.

Veteran Renamo leader Afonso Dhlakama played a key role in advancing the peace process with Nyusi, but his death in May from a suspected heart attack aged 65 threw the talks into doubt.