Giant Killing, Heroes and Teams at the 2018 World Cup 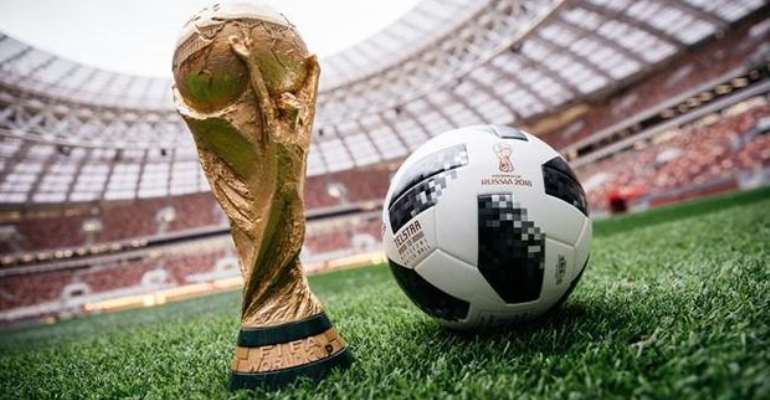 They have been falling like ninepins at one of the most unpredictable World Cups in generations. Even before the kick-off in the tournament, Italy’s absence was conspicuous. By the time the first phase of matches had been concluded, Germany, whose teams have made it to the elimination phase for eighty years, found itself in exit mode, a victim of exhaustion, desperation and South Korean determination. Die Welt deemed the performance an embarrassment of perfection, the team’s performance “harmless, unimaginative, listless”.

Spain, who won the 2010 World Cup, found its adventure prematurely aborted in the round-of-sixteen, falling to the inspired Russian team on penalties. Portugal, in their defeat before the hard set Uruguayans, went the same way in that round. (Christian Ronaldo was distinctly off the boil.) Not enough credit, however, was given in shocked observations to the other side of the show, the performances of those giant killing teams which have added to the fogginess of any crystal ball.

One colossus did seem dangerously predictable in advancing. Brazil threatened at points to overcome a furiously talented Belgian team, but failed to transform possession into goals. The Belgians made their chances count and duly dispatched another giant from the competition.

A sense prevailed that Brazil were their own worst enemy. This was not the team of jogo bonito, jaunty, ruthless representatives of the beautiful game. Neymar was both talismanic and deficient, an asset rolled into a liability. His drama strewn efforts, which involved diving and rolling as much as it involved natural ability, did not provide the ballast his team required. Such attitude, it has been surmised, might have been born from past serious injuries, be it the broken back he sustained in 2014, and a broken foot in February this year.

“I can say,” wrote Neymar in an Instagram post, “that this is the saddest moment of my career, it is incredibly painful because we knew we could get there, we knew we had conditions to go further, to make history.” It proved “hard to find the strength to play soccer again, but I’m sure God will give me strength enough to face anything”.

The shocks have been marked and frequent, with the ground left for exhilarating performances. Giants Argentina did not vanquish Iceland, the match concluding with a goal a piece. In an absorbing match, it was that other footballer of genius Lionel Messi, who took the penalty after a collision between Sergio Agüro and Hördur Björgvin Magnússon. He botched it, and Hannes Thór Halldórsson made the save. Another team of minnows had done their country exhilaratingly proud.

Croatia, with its own smattering of talented players, subsequently rumbled Messi’s side with three answered goals, despite both sides going into the second half without having scored. France, in a thrilling bout involving seven goals and the incessant efforts of the 19-year-old Kylian Mbappé, issued the coup de grace.

The host team Russia was a thrill with Croatia, also going down to penalties. England, albeit with a soft line of the draw, found themselves in their first semi-final in major international competition since 1996. An exorcism of sorts has been taking place with this team, with manager Gareth Southgate, waistcoat and all, becoming very much a figure of veneration in a nation bruised and battered by the trauma of Brexit negotiations. Both dedicated Leavers and grieving Remainers have at last found something they can agree about.

As the BBC noted with a smattering of affection, this “affable man” had done what a host of experienced highly credentialed predecessors hadn’t. Sven-Goran Eriksson, Fabio Capello, Steve McClaren and Roy Hodgson had failed “despite more than 80 [matches] between them.” While the football nation has historical pedigree, and not short of its stellar complement, team efforts have tended to founder when it mattered most, notably during the psychological wear-and-tear of the penalty shootout. Southgate’s skill has been to temper expectations and the hysterical overconfidence that has accompanied previous World Cups.

The tournament has also thrown up a dilemma for managers: How best to incorporate the hero of the side, the glorious figure who shines in a team of lesser mortals who await for the powder to be lit, the flames to be stoked? Teams studded with Neymar, Messi and Ronaldo may be Olympian on the field, but team value and effect is something else, material drawn from the machinery of collective spirit and mutual encouragement.

Truism as it is, teams, well functioning, telepathically linked and good of understanding, win matches. Caesars deft of foot and brimming with talent are less significant, even if they are capable of landing killer blows. “When you have somebody who can turn the game in a flash,” asks Kris Voakes, “do you select them at all costs regardless of their fitness in the hope that they supply that moment of genius?” France, the sole giant and finalist in this competition, has no such dilemma, a team bristling with talent but compact in purpose.