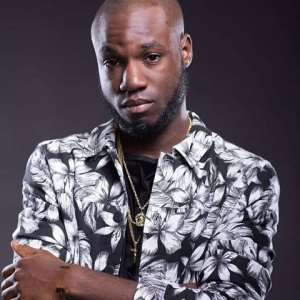 A number of Ghanaians are making waves in the diaspora with their unique talents in global music industry, but Junior Nana Adjei also known in the Dutch music circles as "Jayboogz" has has already made an indelible mark in the Netherlands with his genre of hip-hop and rap music.

The 20 year-old music prodigy who started music back in 2016 has already made significant strides in his music career having recorded two albums entitled "Nieuw Hoofdstuk" and "Disappear".

The 'Roll Thru' hitmaker in an interview with GNA Entertainment from his base in Amsterdam, Jaybooz revealed what got him into doing music after a very huge setback in his football career.

"I started making music when I was 18 years, I was playing football before but I got injured and it become a bit difficult and I lost a bit of passion, so I then settled on music, because music got me through the difficult times and made me feel alive,'' Jayboogz stated.

He further revealed his main interim focus in his early career in music as he looks forward to make some foreign collaborations in the near feature.

"My main focus is to be in the top rankings in the Dutch scene and increase my following as well doing some foreign collaborations which includes Ghana, which is my motherland. I would like to brand out there as well," he said.

Jayboogz is expected to be in Ghana in the next coming months as he looks forward to make a mark on the Ghanaian music scene with indefatigable music style with some top collaborations.