He May Be Ill-Informed On The Abstruse Legalese, But Hon Agyapong Isn’t An Urchin 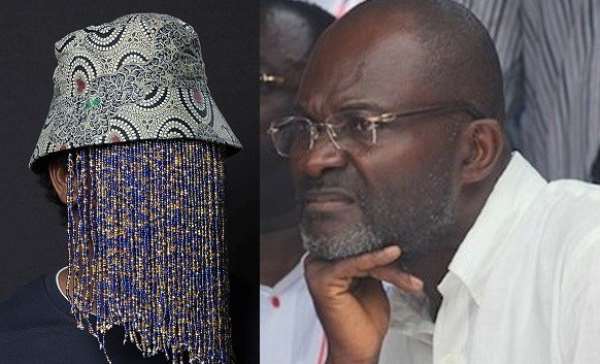 I cannot for the life of me comprehend how and why the Anas bandwagon would want us to believe that he can do no wrong. In fact, the Anas fanatics may well have to research thoroughly into the double lives of resplendent individuals like Eugène François Vidocq (July 24, 1775 – May 11, 1857).

Eugène François Vidocq was a French criminal and criminalist, whose life story inspired several writers, including Victor Hugo, Edgar Allan Poe, and Honore de Balzac. The former criminal became the founder and first director of the crime-detection Sûreté Nationale as well as the head of the first known private detective agency. Vidocq is considered to be the father of modern criminology and of the French police department. He is also regarded as the first private detective (See: https://en.wikipedia.org/wiki/Eugène_François_Vidocq ).

On 6th June 2018, Anas and his Tigereye PI team publicised a chilling video which had some members of the higher echelon of the Ghana Football Association (GFA) and over 70 referees in supposed acts of corruption.

Subsequent to Anas’s Number 12 investigative video, the Honourable Agyapong countered swiftly and aired his version which he dubbed: “Who watches the watchman”, in which he alleged that Anas has been collecting money from some alleged criminals to shield them from facing the law in a gold scam case worth millions of dollars in 2009.

Somehow, the Honourable Agyapong has met fierce criticisms from society's opinion formers’-- ranging from judges to lawyers, journalists, politicians, pocket lawyers, farmers, market women, taxi drivers to technocrats, many of whom are not ready to engage in a carefully considered reflection on the topic under discussion.

Indeed, it is rather unfortunate that the Ghana security officials are hesitating to invite both Anas and the Honourable Agyapong for interrogation over the ongoing allegations. Believe it or not, there are unanswered questions that need urgent answers. So what are the Police waiting for?

Make no mistake, the Honourable Agyapong’s ‘who watches the watchman’ video is revealing and somewhat similitude to the idiosyncratic case of John Joseph Connolly Jr. John Joseph Connolly Jr was born on 1st August 1940. He is a former FBI agent who was convicted of racketeering, obstruction of justice and murder charges stemming from his relationship with James "Whitey" Bulger, Steve Flemmi, and the Winter Hill Gang. State and federal officers had been trying to imprison Whitey Bulger for years, but Bulger evaded capture until 2011.

As the FBI agent for Bulger and Flemmi, Connolly (who had grown up in the Old Harbour Housing Project with Bulger) had been protecting them from prosecution by supplying Bulger with information about possible attempts to catch them. Connolly was indicted on 22nd December 1999, on charges of alerting Bulger and Flemmi to investigations, falsifying FBI reports to cover their crimes, and accepting bribes

More troublingly, in a related incident, an internal FBI report kept under wraps for three years details dozens of cases of agents fired for egregious misconduct and crimes, including drug trafficking, attempted murder, theft, misuse of informants and consorting with prostitutes.

The report found that about one in 1,000 agents dismissed for serious misconduct or criminal offenses by the FBI during the period examined, from 1986 to 1999. The average was between eight and nine per year (See: https://www.cbsnews.com/news/years-of-fbi-agent-crimes-detailed/ ).

We can indeed attest to numerous instances whereby once trusted detectives have secretly turned into obdurate criminals. It is an illustrative case of ‘wolves in sheep’s clothing’. After all, they are imperfect human beings.

More recently, a former British Police Officer was convicted of two raids on the same village post office at Bentley Heath, West Midlands, during which he terrified staff and customers with an imitation firearm. Profiting by £47,500 from the crimes, he was preparing to rob a bank when the car he was driving was stopped by police (See: https://www.telegraph.co.uk/.../Ex-detective-who-turned-to-crime-jailed-for-12-years.ht ).

There is no denying or hiding the fact that Anas Aremeyaw Anas is an anti-corruption crusader who has immensely contributed and still contributing meaningfully to the almost insurmountable fight against the canker of corruption. But does that make him a ‘saint’, who is incapable of committing a crime?

In so far as the Anas’s diehard admirers may have tangible reasons to defend him against any perceived unfair criticisms and attacks, we cannot and must not swiftly ward-off any allegations without proper investigations.

As I have shown on the earlier paragraphs, any agencies or individuals that have the privilege to investigate or uncover misdeeds can also commit same heinous crimes in the process. After all, to err is human.

In that regard, isn’t it fair for anybody who has any concerns to call for a probe into the dealings of such persons?

Indeed, “he who comes with equity must come with clean hands.”

Let us face it, the Honourable Agyapong’s ‘who watches the watchman’ video is telling, and hence the issues raised cannot be swept under the carpet anyhow.

The author has 988 publications published on Modern Ghana.