Public Officials Charged To Get Acquainted With The Code Of Conduct 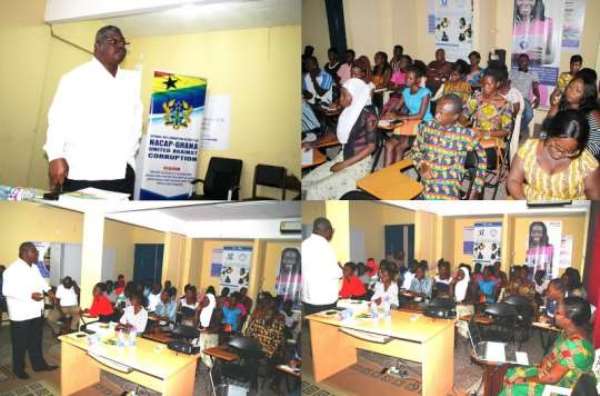 Mr Richard Quayson, the Deputy Commissioner of the Commission on Human Rights and Administrative Justice (CHRAJ), has called on public office holders to acquaint themselves with the Code of Conduct for Public Officers.

This, he said, would help ensure that public servants conduct themselves according to the rules and regulations that govern their tenure and in the long term aid in the fight against corruption.

The CHRAJ Deputy Commissioner said this at a capacity building programme organised for journalists at the Ghana News Agency on Friday in Accra.

Mr Quayson said it is also important for journalists to acquaint themselves with the Code and be abreast with its tenets, because that would help them raise the right issues needed to ensure an upright and corrupt free society.

The CHRAJ Commissioner said in order to be more effective and productive, public servants needed to be guided by the provisions of the Code, stressing that journalists have a strong role to play in the campaign.

The 63-page Code of Conduct seeks to promote integrity and guides public officials to handle ethical dilemmas they may encounter.

Mr Quayson urged public officials had to be careful when offered with gifts adding that a public official could only accept a gift, if it had absolutely no potential to induce him to take any decisions that contravened the rules and regulations of his outfit.

The Commission on Human Rights and Administrative Justice was established to investigate complaints of fundamental human rights and freedoms, administrative injustices, corruption and abuse of power among others.

It is also entrusted with the responsibility of ensuring that public officials do not allow their private interests to compromise their official decision making mandate; and where a conflict occurs, CHRAG has the mandate to investigate and take appropriate action.