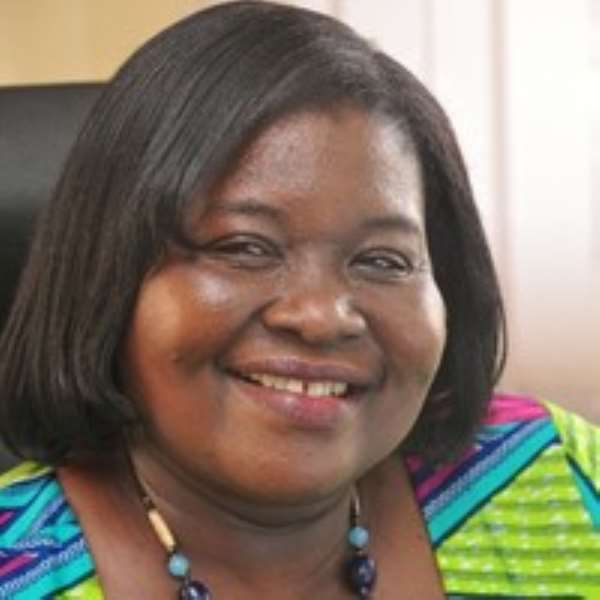 Professor Rose Emma Mamaa Entsua-Mensah, a Fellow of the Ghana Academy of Arts and Sciences (GAAS), has urged the government to pursue the implementation of key policies to promote Green Technologies for sustainable urban ecological management.

Such technologies, she said involved the recycling of all forms of waste, water purification, energy and ecosystems conservation, as well as Green construction, for materials use, design, energy saving concepts in residential and commercial infrastructure and buildings.

Prof. Entsua-Mensah who is also the Deputy Director-General of the Council for Scientific and Industrial Research (CSIR), made the call on Thursday, when she delivered a paper on the topic: 'Sustainable Urban Ecological Management in Accra, Ghana: a Mirage or Reality?', at the ongoing International Conference on Sustainable African Cities in Accra.

She commended government for its commitment to pursue key objectives under the Sustainable Development Goals (SDGs), saying, achieving sustainable cities and communities would however, require huge investment for both policy reforms, infrastructure development and to address the negative attitudinal challenges of the population towards the management of their environment.

The multidimensional nature of the Sustainable Development Goals (SDGs) particularly, the 11th, and its relatedness to the other goals, she said, clearly showed its centrality to the Agenda 2030 and its relevance to the socio-economic development, especially in Africa and for that matter in Ghana.

Hence, sustainable urban ecological management becomes a key towards the provision of a strong foundation to sustain Ghana's development agenda.

Prof. Entsua-Mensah explained that the density and population of today's cities necessitates the equitable distribution of resources for their various activities, and it was necessary to understand the effects of an urban area, not only within its immediate boundaries, but also on the region and country it was positioned, due to the large amount of resources necessary to sustain it.

She catalogued a list of challenges that confronted Ghana's cities particularly Accra, citing unmet need such as basic utilities including potable water, electricity, proper waste management and roads as a result of the rapid urbanisation.

These, she said were accompanied by widespread poverty and disaster risks such as perennial flooding resulting partly to poor land use, improper planning and building on water ways.

She said current challenges confronting African cities and communities were however, surmountable if only the appropriate policies would be developed, and their implementation strictly monitored.

Prof Entsua-Mensah said the government had indicated that storm drains would be built and solid waste well managed, while the Zongo's would also be upgraded as part of the inner city programme.

She said maybe when these happens, then, sustainable urban development would no longer be a myth but a reality.

Prof. Alfred A. Oteng-Yeboah, also a Fellow of the GAAS, and a Lecturer at the University of Ghana, further interrogating the ecosystem health of the Accra Metropolis for human well-being, asked for the strict adherence to global standards in achieving sustainable cities and communities.

He said the UN Convention to Combat Desertification, which Ghana was a Party to, saw rapid urbanization as taking place all over the world, and driven largely by rural migration resulting in urban sprawl and slum developments, as well as in the development of high quality infrastructure and overall improvement in the standard of living.

If current projections were accurate, 66 per cent of the world's population would be living in cities by 2050, a situation, which was bound to have dramatic impacts on the environment and increasing pressure on limited land resources, thus future urban expansion was likely to result in the loss of some of the more productive croplands, he said.

Prof Oteng-Yeboah however, noted that although Accra was a sprawling city per the global changes, systems and structures to achieve uniformity were being poorly implemented, and that the environmental, social and economic challenges mentioned above, needed to be tackled seriously.

Accra, he noted, would be ready when opportunities existed for cross fertilization of knowledge to optimise the use of technology and supporting coherence for the 2030 global Agenda and that of the 2063 Africa 'We Want'.

He said with the proliferation of open access to information available in Accra and across the country, the city could benefit from the broad knowledge available on human wellbeing in the midst of the current global challenges being worsened by climate change influence on sustainable development.

Prof Oteng-Yeboah therefore recommended a strong stakeholder participation and commitment, calling for their apt engagement for proper understanding of the concept of a sustainable City or Eco-city, in order to effect a change in attitudes and behaviour, and to guarantee their peaceful co-existence.

He further called on the city leadership to develop and enforce policies that were environmentally friendly, following strictly on the Local Government Act on Metropolitan, Municipal and District Assemblies, and implementing the local Bye Laws taking into consideration the guidance provided in the various global processes.