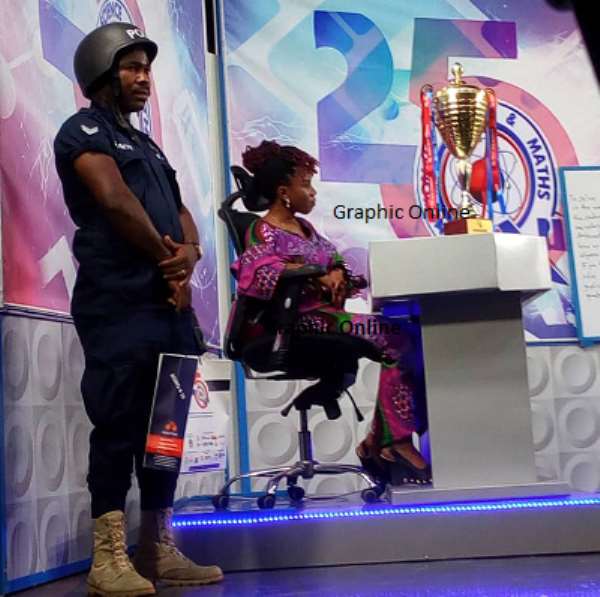 Shortly after the end of the quiz and before the final scores were announced, uniformed Police officers were dispatched to vantage points in the aisles and close to the stairs leading to the stage.

A police officer also took hold of Dr Elsie Kauffman’s paper bag which she used this year after her bag was stolen during the celebrations of last year’s final.

It is not clear whether the organizers of the competition brought the security officer to protect the bag.

It appears Dr Kauffman is leaving nothing to chance as she has also handed her prize she received after the contest to an usher to be sent behind the stage.

Police made me stand in the sun for 5hrs for not wearing fac...
4 hours ago