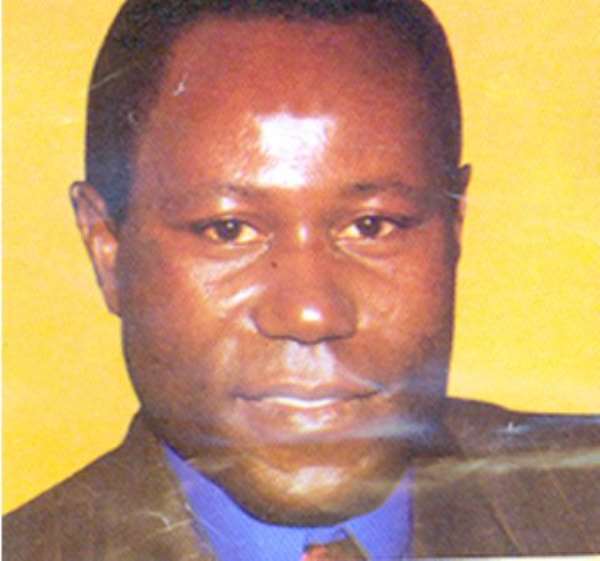 THE QUEEN MOTHER of the Sefwi Wiawso traditional area in the western region, Nana Adaa Payin, has accused the western regional minister, Mr. Joseph Boahen Aidoo, of attempting to bribe her with an amount of one hundred million cedis to rescind her decision to destool her omanhene, Nana Nkoah Kudom.

Making the stunning revelation in an interview she granted Skyy Power FM yesterday, Nana Adaa Payin said the minister and some members of the regional Security Council met with her and some chiefs at Sefwi Wiawso recently, in connection with the security situation in the town and their decision to destool Nana Nkoah Kudom.

According to the queen mother, the other chiefs were dismissed after the meeting, leaving her, the regional minister and two others she did not know in the room. She told the radio station that when they were alone, Boahen Aidoo pleaded with her to accept an amount of ¢100 million to offset some of the expenses she had incurred and drop her decision to remove the omanhene.

Nana Adaa Payin said she made it clear to the regional minister that she could not accept his offer since she and her elders could no more work with the “destooled” omanhene, whom she accused of arrogance, traveling without informing elders of the stool, among a host of things.

When her host, Bob Gee, asked whether the alleged bribe was in the form of physical cash or check, she said she could not tell because she rejected the offer immediately the minister made it.

She said could not have fabricated such a story against the regional minister because she is a staunch Catholic, who would never tell lies.

Nana Adaa Payin also said before making the alleged offer, Boahen Aidoo told her that the omanhene had admitted making some mistakes and asked forgiveness.

When Bob Gee called on Boahen Aidoo to react to the allegation being leveled against him by the queen mother, he said he could not exchange words with her on radio but expressed surprise about her allegation.

“The queen mother is a catholic and so am I; I take communion but don't know if she does. And if this is what she is saying about me, that is okay. I will not say anything,” Boahen Aidoo said in Fanti.

He added that he went to the place with the regional security coordinator, Mr. Leo Blay, who was also present at the meeting with chiefs of Sui and Benkyimaa, and that they could all testify as to whether or not the woman is telling the truth.

Aidoo denied making any attempts to bribe the queen mother as she alleged, but admitted that he gave ¢4 million during the meeting, to sponsor the education of one of the chiefs' children. “I do not know if this is what she has misinterpreted to mean I have bribed her,” he added.

He insisted that he did not bribe the queen mother or ask her to drop the destoolment charges against the omanhene.

He said the she had really soiled his hard won reputation, but he would not say much now.

Somewhere last month, the Nana Adaa Payin and her elders slaughtered a sheep and performed other customary rites to signify the destoolment of the Omahene, Nana Nkoah Kudom.

The decision compelled the regional Security Council to dispatch a contingent of army personnel and policemen to patrol Sefwi Wiawso and its surrounding areas. The army and the police are still in the town.

Later the queen mother and her elders performed another rite to enstool one John Manu as the new omanhene. He is said to be in confinement and will soon be outdoored.

Meanwhile, the western regional secretariat of the National Democratic Congress (NDC) has called on the Commission on Human Rights and Administrative Justice (CHRAJ) to institute an immediate inquiry into the bribery allegation leveled against Boahen Aidoo by the queen mother.

The party has also called on the police to institute a criminal enquiry into the allegation as the regional minister's own boss, President Kufuor, has already declared zero tolerance for corruption, which all his appointees are expected to help implement.

In a press statement issued in Takoradi by the regional organizer of the party, Mr. Yaw Gyan, the NDC expressed concern about the government's alleged involvement in the Sefwi Wiawso chieftaincy case, and the supposed regional minister's attempt to bribe the queen mother.

NDC congratulated the queen mother on her principled stand in refusing the bribe.