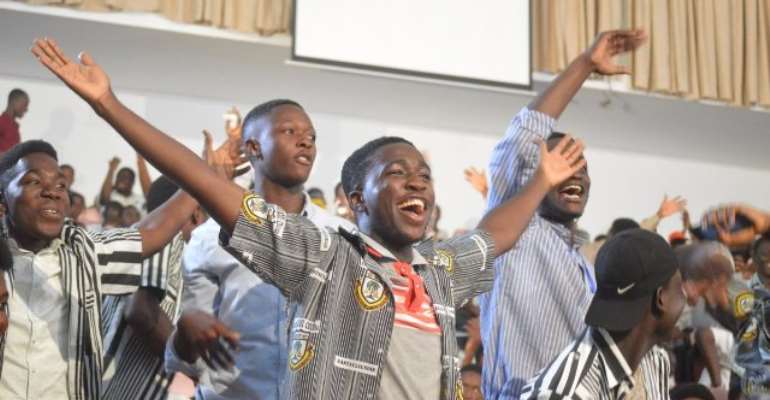 West Africa Senior High School have put themselves in an unlikely place in the grande finale of the 2018 National Science and Maths Quiz as the Accra-based seeks to make history by clinching the trophy for the first time ever.

After ousting defending champions, Prempeh College in the last semifinal contest Monday, all that stands in the way of the the Adentan-based school is fierce brain power from two time-winners, St Peter’s Senior High in Nkwatia and one-time winners, Adisadel College.

On social media, WASS is getting Accra-based support as old students of these schools rooting for the school to route out the past winners.

No Accra-based school has won the trophy since St.Thomas Aquinas SHS clinched it for the first time in 2013 as another underdog.

Since then the NSMQ trophy has spent more time Ashanti and Central Region - twice with Prempeh College and once with Mfantsipm school and Adisadel College who now have a record three consecutive appearance in the finals.

The Cape Coast giants will be the main hurdle for West Africa SHS being regular contenders at the National level and with a rich experience from contesting in the Grand Finale.

One of the boys representing Adisadel, Gabriel Ampadu Sasu has also proven to be a talisman to his team and is in good position to make sure the dream of West Africa SHS of lifting the trophy remains just that; a dream. 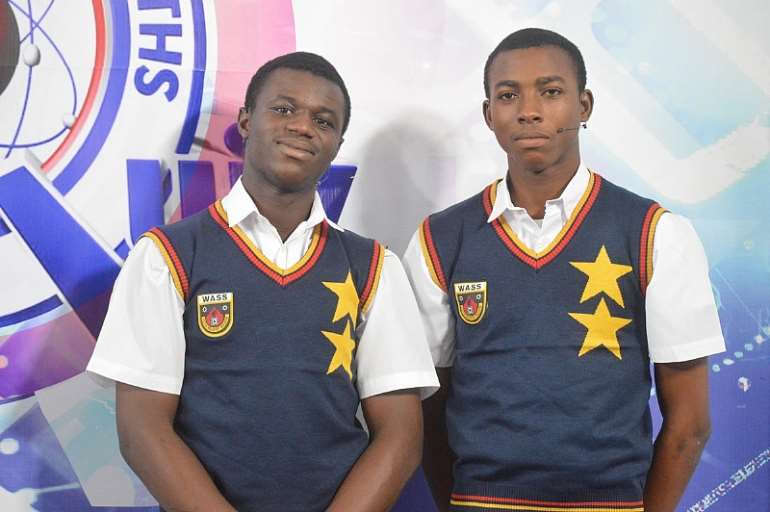 But WASS will not go down easy, their two main contestants also come in with rich experience, having contested in the 2017 competition.

They were booted out of the quarterfinals by Ho-based Mawuli Senior High School after they [WASS] scored just 38 points against Mawuli’s 56 points.

The experience of that competition has made them a force to reckon with in the 2018 contest, with some giant-slaying feats.

WASS road to final
In the 1/8 contest where they starred as a seeded school, they eliminated Konongo Odumase SHS who scored as much as 55 points . That spirited performance from KOSS couldn’t push them into the quarterfinals as WASS pulled a stunner to score 62 points.

In the quarterfinals, the WASS contestants came against Tamale Senior High who also had one of their contestants coming in from 2017.

Yunus Maltiti with all his will and fervour couldn’t work the magic to beat the two experienced WASS contestants as the latter ended the game with 59 points with Tamale SHS trailing with 43 points. 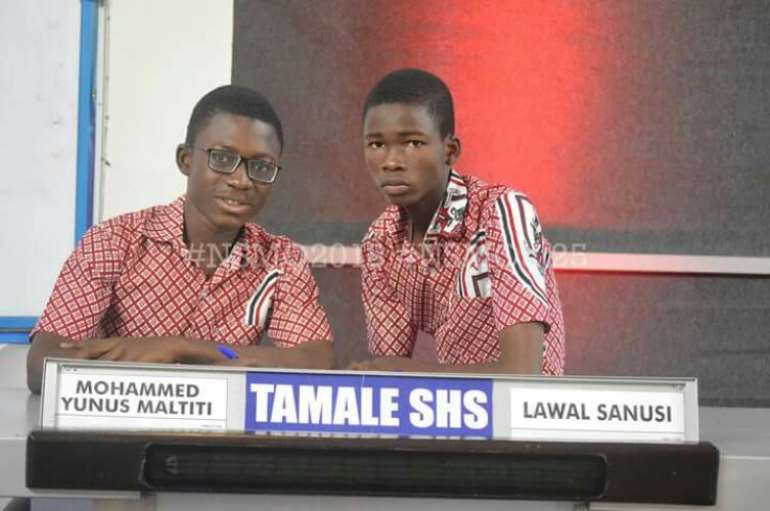 They then proceeded to inflict the defending champions with their venom in a keenly contested semifinal contest on Monday evening.

WASS ended a back-to-back dream for Prempeh College after scoring 52 points to beat Prempeh who scored 45 with 7 points.

But will WASS live to fulfil their own dream or will the vicious Adisadel or St Peter’s SHS quench their fire.

St Peters’ road to finals
After their narrow escape in the semifinal against Keta Senior High and Technical School and Mawuli SHS, a lot of people have doubted the otherwise mighty force of St Peter’s SHS.

They came in from the prelims, being the first to qualify for the 1/8 stage after defeating Notre Dame SHS with 49 points. 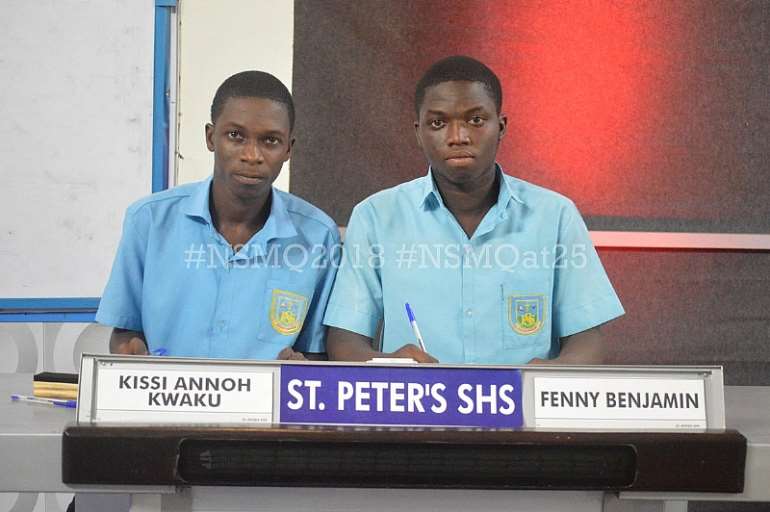 They then shattered seeded Jachie Pramso SHS in the 1/8 stage with 62 points against their (JAPASS) 20 points, which set them up for the quarterfinals against 2017 finalists St Thomas Aquinas SHS and Cape Coast giants, Wesley Girls.

That match didn’t live up to expectations as St Peters dominated the game throughout; finishing with 63 points while Wesley Girls finished with 36 and Aquinas behind with 28. However, their performance in the semifinal contest have taken them off the favourite list for the Grand Finale.

Adisadel road to final
Adisadel on their part have sweat their way through to the final having faced some tough opponents in the competition.

They came up against Osei Tutu SHS from Akropong in the Ashanti Region in the 1/8 stage. Osei Tutu were victorious in the prelims and still hold the record for the highest points scored in the 2018 competition, 64 points.

So coming up against Adisadel, the stakes were very high and the game lived up to the day but Adisadel beat them with 47 points and progressed to the quarterfinals.

They faced Sandema SHTS and St Louis SHS where Adisadel blew the two underdogs off with 58 points to make the last 9.

In the Semis, they were faced with a Cape Coast derby where Mfantsipim gave them a run for their money; only losing to Adisadel in the final round with a four point margin.

The big day
The finals of the NSMQ comes off on Thursday, June 5 at the National Theatre in Accra.

The three competing schools are all confident of victory in the much anticipated contest. Students of Adisadel are certain their experience in the finals will do the trick. 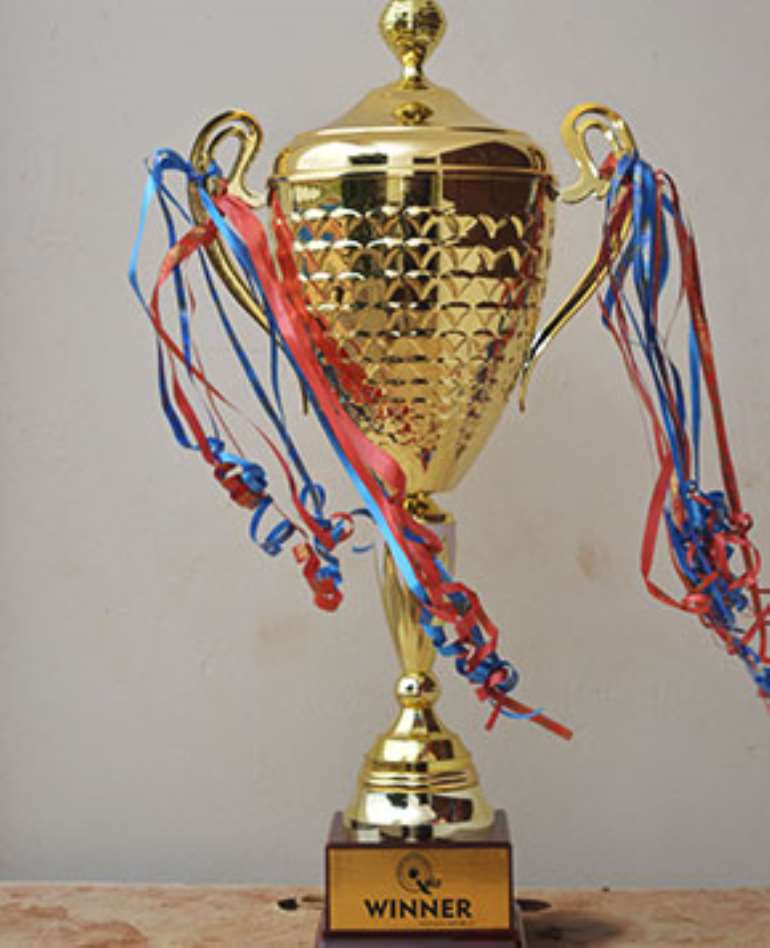 But the St Peter’s boys are set to pick their third title and they believe they will trash the ‘newbies’ [WASS] and the Cape Coast giants.

WASS on their part have already side-lined St Peter’s. “The third position is for them, we are just there to battle with Adisadel,” the head boy of WASS said.