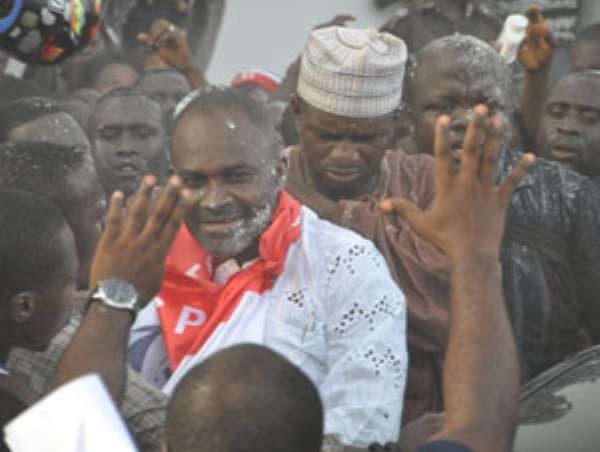 A private legal practitioner, Nana Obiri Boahen has responded to a US-based Ghanaian law professor, Kwaku Asare who has ridiculed Parliament over how it handled the contempt case brought against the Assin Central MP, Kennedy Agyapong.

Mr. Agyapong, who was hauled before the Privileges committee for making remarks considered as 'unsavory' against the lawmaking chamber, was represented by MP for Efutu, Alex Afenyo Markins, and Adansi Asokwa MP, K.T Hammond as his Counsel.

Professor Asare, who is known for his critical Facebook posts on issues of national discourse, faulted Parliament for allowing colleague MPs to serve as legal counsel for a Member of Parliament cited for contempt.

His Facebook post read ” There is nothing more contemptuous than MPs bringing contempt charges against an MP, who is defended by lawyers who are MPs, in proceedings presided over by an MP in a Parliament where MPs resolve the issue by the usual motion to adjourn.”

But in a sharp rebuttal from Nana Obiri Boahen who may have been provoked by the law professor’s comments indicated that Prof Asare's argument is flawed.

In an interview with XYZ News’s, the deputy General Secretary of the ruling New Patriotic Party (NPP) explained that there was nothing untoward about the whole process on Tuesday adding that, both Members of Parliament who represented Mr Kennedy Agyapong at the hearing are “known practicing lawyers” and can defend a colleague.

He contended that "they were defending him (Kennedy) as lawyers…They are MPs who are practicing lawyers so if an MP is a lawyer and Kennedy has a problem and he engages the services of an MP who is a practicing lawyer, what stops him from going to court?”

He added that there is a presumption that the accused MP is “innocent” and there is “no burden” on Mr Agyapong “to establish himself” hence his choice of lawyers to represent him at the Privileges committee cannot be faulted in any way.

Hearing
The Privileges Committee suspended proceedings on contempt charges brought against the maverick Assin Central MP over the derogatory remarks against Parliament.

However, the abrupt end to the hearing of the case and the decision of the Chairman, Joseph Osei Owusu, to suspend proceedings indefinitely after receiving notice three NPP MPs from the Central region had recused themselves from the Privileges Committee has drawn mixed public reactions.

Some critics also raised eyebrows over how the letter signed by Cynthia Morrison, MP for Agona West; Naana Eyiah, MP for Gomoa Central and Samuel Nsowa-Djan, MP for Upper Denkyira West was eventually presented and the U-turn by the Chairman who had initially overruled reliefs sought by lawyers for Kennedy Agyapong.