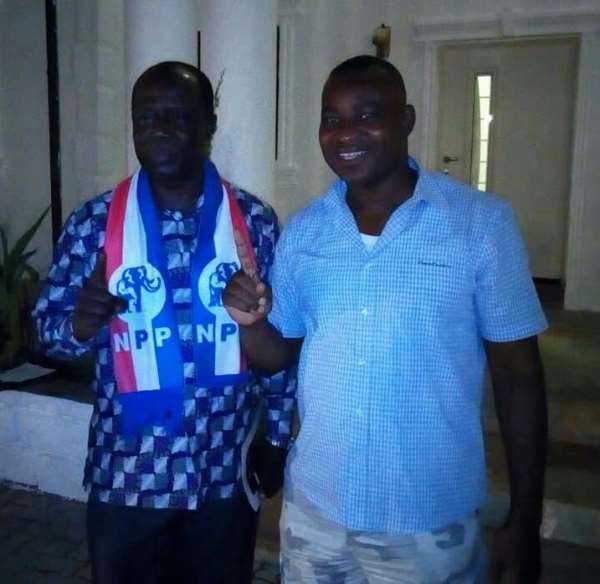 The Ashanti Regional Chairman of the New Patriotic Party, Bernard Antwi Boasiako has called on all delegates in the upcoming national delegates' conference of the NPP to vote massively for the party's national treasurer, Kwabena Abankwah-Yeboah.

Chairman Wontumi as he is popularly called made this call when Abankwah-Yeboah and his campaign team visited the Ashanti Region to meet delegates.

Mr. Boasiako emphasized that the party's resolve to win 2020 elections convincingly to daze the NDC again is partly dependent on the kind of leaders the party produces in Koforidua in July.

He said that Abankwah-Yeboah has proven himself worthy of re-election for the fact that he thought through and implemented very innovative fund raising schemes that provided the party with adequate resources to prosecute the 2016 elections. "Abankwah-Yeboah is a tried and tested treasurer who has solid achievements to his credit and we need his experience while we are in power" Wontumi added.

Mr. Boasiako called for massive endorsement and support for the national treasurer to be re-elected because of his unmatched commitment and integrity.

RE-ELECT ABANKWAH-YEBOAH AS NATIONAL TREASURER_
*SOLID ACHIEVEMENTS, NOT MERE PROMISES*
No. 1 ON THE BALLOT