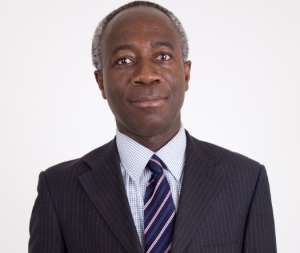 A campaign to force the British Government to apologise for its “racist, discriminative and disgraceful” behaviour in West Africa during World War Two has been lodged at parliament.

The petition calls for “historic restitution” following the forceful conscription of more than 50,000 West African men and the “shocking” treatment of 200,000 others.

Many were physically dragged from their homes in the former British colonies of Ghana, Nigeria, Sierra Leone and Gambia on the direct order of Her Majesty’s Government, campaigns say.

They were among 250,000 West Africans who were sent to the frontline to fight the Axis powers between 1939 and 1945. Thousands never returned home and countless others were injured.

Almost all experienced racial discrimination and unfair treatment at the hands of their “white masters”, it is claimed.

A “significant proportion” of survivors developed Post-Traumatic Stress Disorder (PTSD) but received no support or financial recompense from the colonial administration.

But despite their sacrifice, the UK government has never apologised and to this day has refused to officially recognise the vital role those men had to play in defeating Nazi rule.

The campaign, the first of its kind, is being led by historian and author Dr Robert Peprah-Gyamfi, whose own uncle was among those forced conscripts.

He is seeking a “decades-overdue” apology from Theresa May, who this month defended the government’s response to the Windrush scandal.

Dr Peprah-Gyamfi, 56, who was born in Mpintimpi, near Accra, Ghana, is now calling on the West African community in Britain and beyond to support his cause.

In addition to the petition, he is also in the process of launching a charity dedicated to the families of West African troops called the West African Benevolent Trust. [www.WabTrust.com] and is organising a public protest in London in August.

Speaking yesterday from his home in Loughborough, Leicestershire, the father-of-three said: “It is disgraceful that, in this day and age, the government still refuses to apologise for its shameful practice of forced conscription, decades after the event.

“It should not be forgotten that without the involvement of these brave men, the world as we know it would be very different.”

It is estimated that more than 500,000 Africans fought for the British Empire in combat and non-combat roles during the Second World War. At least half were recruited from the former West African colonies.

The West Africans served in the Royal West African Frontier Force (RWAAF) as part of the Commonwealth Army and were deployed against the Axis powers in Africa, as well as in Burma and Southeast Asia.

In the Burma campaign alone, more than 2,500 RWAAF troops were killed in active duty; the same number died from diseases like dysentery, cholera and malaria.

But few realise that tens of thousands of men were involuntary conscripted through trickery, bribery, and physical coercion.

Dr Peprah-Gyamfi said all West Africans faced discrimination at the hands of the British. They served in segregated units and there was no equality of pay or treatment compared to British soldiers.

Though flogging had been abandoned as official punishment in the British Army, it continued to be administered to African troops. Unofficial beatings were common.

The discrimination they faced also included being forced to do manual work when recruited as soldiers, and to work as personal servants to white officers.

Officer positions were reserved for white people only.

But despite their gallant contribution, the West African fighters have received no formal recognition for their involvement.

Now Dr Peprah-Gyamfi is seeking a posthumous apology for the policy of forced conscription and official acknowledgement of their sacrifice, particularly in Burma.

He hopes the petition – now live on the Petition Parliament website – and the public protest at Richmond Terrace, London, on Sunday August 12th, will spur British West Africans into action.

Dr Peprah-Gyamfi’s latest books, World War II Revisited: Memoirs of a Forced African Conscript and its sequel, Twins Divided, both deal with the subject of forced conscription and are based on his own family’s experiences.

He said: “These men laid down their lives for their white masters, often after being dragged kicking and screaming from their families.

“I am urging the British West African communities across the UK and overseas to support this worthy cause and force the government to take responsibility for its racist, discriminative and disgraceful behaviour.”

Further information about forced conscription and August’s demonstration can be found at www.WestAfricaApology.com

JHS Not Increased To Four Years Or Reduced SHS Duration – Na...
38 minutes ago

We've Been Begging To Survive Over Closure Of Our Shops – N...
38 minutes ago