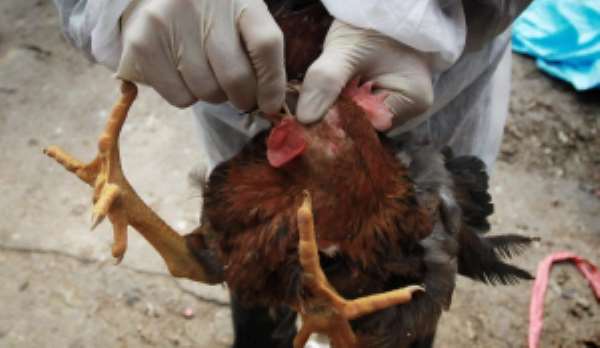 An outbreak of bird flu has been reported in Ghana, leading to the killing of 11,816 birds. The affected farms have also been quarantined to prevent the virus from spreading to other areas.

Out of the number, 5,431 birds have so far been killed by the flu at Boankra, near Ejisu in the Ashanti Region, while 5,935 have been killed in Nkawkaw in the Eastern Region.

However, only 450 birds from a farm in Tema in the Greater Accra Region have been killed by the flu.

Confirmation
Confirming the outbreak to the Daily Graphic in Accra on Monday, the Head of Public Health and Food Safety, Veterinary Services of the Ministry of Food and Agriculture (MoFA), Dr Boi Kikimoto, said the ministry was aware of the outbreak and had already sent samples of the virus to the world reference laboratory of the World Animal Health Organisation in Pandova, Italy for further tests.

He explained that it was a standard procedure because that was the only place with the certified laboratory to test the virus and “secondly, they will help provide the palindromic sequence of the bird flu gene for us.”

Assurance of safety
Dr. Kikimoto gave an assurance that the Veterinary Services Department of MoFA had taken full measures to contain the situation, adding: “There is no cause for alarm.

He further assured the public that the chicken on the market or in the supermarkets was safe for consumption.

Dr. Kikimoto advised all district veterinary officers to put in more control measures and ensure that there was no movement of birds around. 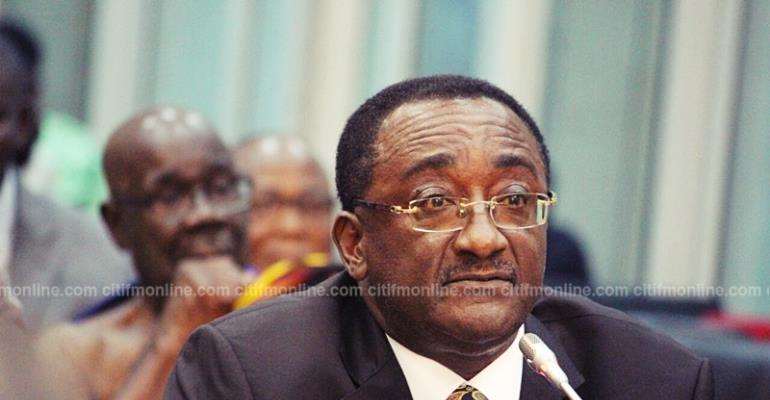 Minister for Agric, Owusu Afriyie Akoto
Procedure
Explaining the procedure of reporting, Dr. Kikimoto said when a country confirmed such an incident, “we have to report to the World Animal Health Organisation for confirmation even though we have everything right, but it is a normal procedure.”

He explained that the procedure for sending the samples to Pandova for further testing was just procedural because the report on the outbreak would not change, but the type of flu might.

Different types of bird flu
“There are different types of the bird flu: H5N1, H2N3 and others,” he explained, adding that the type of flu that affected Boankra and Nkawkaw was the H5N1, described as highly pathogenic, which was very devastating.

Dr. Kikimoto, however, said the one in Tema was the low pathogenic, which killed slowly; and so the ministry was still running tests in the country before results would be forwarded to Pandova.

He explained that the ministry was yet to report the outbreak at the farm in Tema to the World Animal Health Organisation because it was still running the test at the Noguchi Memorial Institute for Medical Research at Legon in Accra.

Measures
Dr. Kikimoto noted that as an immediate measure, “we have done a stamping out and quarantine of the farm to prevent the spread in the two farms in Boankra and Nkawkaw.”

He said the farms were quarantined to ensure that their birds were not smuggled out until the veterinary officers had completed their work and disinfected those farms.

Dr. Kikimoto added that birds in such farms were taken through sanitary slaughtering to ensure that nothing from those birds could pose a danger to other birds.

Previous outbreaks
In 2016, more than 25,000 birds were destroyed between January and July, as a result of the Avian Influenza (bird flu) on poultry farms.

In all, 13 farms in the country were affected, out of which seven were recorded in the Greater Accra Region.

In 2015, a total of 76,326 birds were destroyed as a result of the outbreak of the epidemic nationwide.