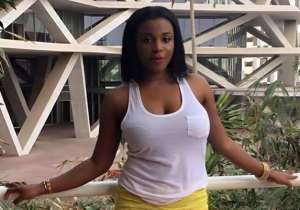 The Ghana High Commission in Ottawa, Canada, is incensed by the gruesome killing of a female Canadian of Ghanaian descent in an unprovoked attack near her residence.

Miss Jenas Nyarko, 31, was in the company of three others who had just returned from a funeral when armed men pulled up in Cadillac SUV and gunned her down.

The attack took place on the driveway of her apartment residence at Replin and Old Meadow Lane, near Allen Road and Lawrence Avenue West in Toronto.

The late Jenas (Maame Jane) Nyarko A witness who was in a vehicle with Jenas Nyarko when she was fatally shot in what is said to be a random drive-by shooting told Global News they had stopped to talk for about 10 minutes before Nyarko was shot.

“We were just talking about life itself and you know, how people treat people. Life is so short because we were coming from the funeral,” she said.

“I take her there all the time. I didn’t know that was going to happen. If I knew, I would have just let her go home. Usually, we don’t stay there that long. For some strange reason, we sat there and we talked.”

Watch: Friend talks about being in car with Jenas Nyarko

Video credit: Global News Following the incident, the High Commission in a statement, is demanding justice for the murdered woman whose suddenly demise is said to have shocked the Ghanaian community in Toronto.

“The High Commission of Ghana, hereby, calls on the Canadian authorities to do all within their power to arrest the unprovoked assailants and bring them to justice,” the statement insisted. 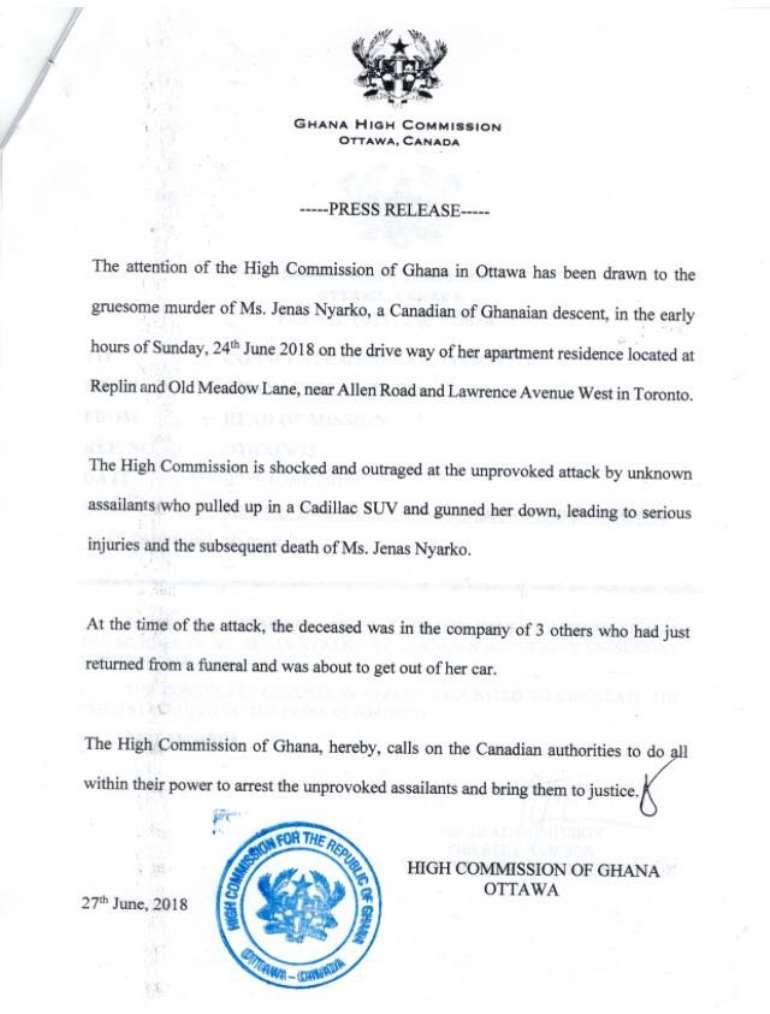 The Ghanaian community in Toronto and the family of Jenas Nyarko held a news conference at the Pentecost Church of Canada, passionately appealed to the authorities to bring the killers to book not only to bring disclosure but peace of mind to the family.

Others who spoke to the press during the event included Thomas Seshi who is the Consul General of Ghana in Toronto, the President of the Ghanaian Canadian Association of Ontario (GCAO), Emmanuel Duodu, Pastor Quainoo on behalf of the Ghanaian Ministerial Association of Toronto and other GCAO Executives-Nana Nti of the Youth Wing and Mr. Brako of the Communications Department.

Also present was Pastor Kwame Brobbey of the Toronto Ghanaian Seventh-Day Adventist Church as well as some friends of the deceased.