When Did Ghana Become A Failed State? 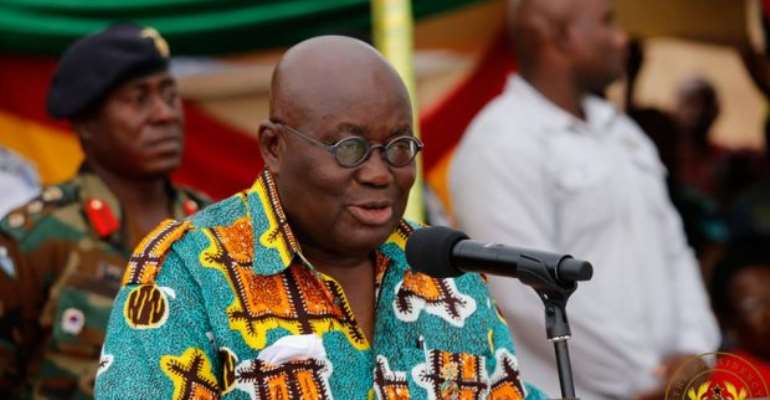 Ghana maybe facing serious economic problems but she’s not broken or disintegrated to earn the name or phrase ‘a failed state’. I bet you saw the horse run out of the stable but you’d no idea why they jumped out in such a haste or what caused them to flee in the first place.

Without doubt, the West-African nation is fighting youth unemployment, fighting corruption, fighting housing deficit, fighting road accidents and fighting nepotism or cronyism but she is certainly not plagued with a civil war or political unrest. Ghana may be struggling to hold her up or in a bid to solving its social infrastructure development, health services, sanitary and environmental issues etc...nonetheless she has a sovereign government which is functioning properly and effectively.

Since Ghana’s independence 61 years ago, the nation has never used external force to manage or deal with its internal conflicts. Whenever and wherever they raised their ugly heads. Indeed she’s always maintained a monopoly of the legitimate use of violence and minimise internal conflict.

Ghana has played a significant role in conflict resolution, peace keeping and peace containment in the sub-region and elsewhere—East and Central Africa and the Middle East. Beyond that she’s gained international reputation for its distinguished services to world and humanity.

Despite its shortcomings, Ghana is still a sanctuary for many across her western, eastern and northern borders. In the early 1990’s and 2000’s she became a haven for many refugees that fled the civil wars in Liberia, Sierra Leone, the Ivory Coast, Guinea, Togo including those from the Sahel region—Chad, Niger all because of er political stability coupled with the relative peace and her ability to deliver physical security and a productive economic environment.

It’s a nation still struggling, groping and facing serious challenges. The problems appear to be unending and our leaders seem to be bereft with ideas and solutions. This situation, often makes one to wonder whether leaders entrusted in the helm of affairs have what it takes to mange the problems or whether they really mean business.

And I’m sure it’s this seemingly apathy on behalf of our the leadership in Ghana that triggered a certain Kevin Taylor’s ‘harsh words’.. I feel his frustration and I understand it. However, in his in bid to shed light on such pertinent issues he ended up cutting his nose to spite his face. But I must note, I couldn’t agree with him more, particularly on the issue of creating new regions.

Put me on record by 2040, we would be talking about shortage of infrastructure development in these regions. The question is :how big is Ghana? I think the problem is not about size, proximity, or geographical location, it’s about unequal distribution of our limited resources or wealth. It’s about greed and corruption, it’s about self-aggrandizement. I strongly believe we will be able to solve many of our problems if we think Ghana first and not be selfish.

And here’s part of Kevin’s message to Ghanaians:

“Hi my name is Kevin Taylor, I will like to say that Ghana is a failed state with all due respect. So for the past few days I have taken my my time to listen to some Ghanaians both on TV and the Social Media and I have come to the conclusion that we Ghanaians are the most stupid dumb creatures God has put together. Today in Ghana. We have no idea who we are, what we want as a people and most importantly what our priorities are.

Today in Ghana after 61 years, women and children are dying on hospital floors, our health insurance has basically collapsed the majority of the youth have no jobs newly built hospitals are still under locks because the government says it has no money to commission them.. But the same government is able to secure millions of dollars to buy V8 for themselves. We also want to spend almost GHc 950 million on referendum to add six more regions to the already 12 regions we cannot even sustain. We speak of restoring confidence in public offices but we fill positions with family and friends….People are rendered homeless when it rains just 10 minutes...

“I am ashamed to be a Ghanaian and until we are fair to ourselves and tell each other the truth about who we truly are we will be slaves in our own homes..Without being a hypocrite I will say this again we Ghanaians are the most dumb creatures that God has ever created and I feel so sorry to be part of such a group.”

Again, I must say Kevin raised very legitimate issues but his choice of words to say the least was distasteful. I’m not ashamed to be a Ghanaian native. I ‘m not a dumb creature and I don’t think Ghanaians are people created dumb, born dumb or nurtured to be dumb. It’s a system failure which can be fixed, if we act in concert and put our act together., I believe.

So on that note, if you’re from Ghana and proud to be a Ghanaian give me ‘High Five’.. And if you’re from Ghana and ashamed to be a Ghanaian don’t cry your eyes out weep no more because there was Ghana before you were born. Trucks of turtles are crooked but when you find yourself lost in the deep forest –thirsty and hungry they would lead you to the fresh waters of the brooks. And you’d appreciate your rickety Volkswagen Beetle if you knew the real condition of your neighbour’s Benz.

Are you proud of the place you live? And is your place proud of where you live?

Lincoln was a consummate politician but he was more of a visionary than the former. Lincoln’s statement is self-explanatory. It tells us to be selfless, to be our brother’s or sister’s keeper. One cannot love his or her nation if one does not feel proud of where s/he lives and vice versa. Be reminded visionaries think about the future of a nation and its people. They don’t think about winning next election, that’s the thinking of politicians.

So what’s really a failed state?
It’s a state whose political body has disintegrated to a point where basic conditions and responsibilities of a sovereign government no longer function properly.

In summer 2015 Reuters ,the international news agency headquartered in London United Kingdom named 25 most failed states on Earth in a report courtesy of Foreign Policy annual list of the most failed states on the globe, based on 12 metrics including social, economic and political and military indicators.

The report named Eritrea as #25. The small nation has been under dictatorial rule since 1993, when it gained independence from Ethiopia. She scored worst on human rights, demographic pressures and legitimacy of state. Liberia in 23 for lack of infrastructure like clean water, public telephones, or sewage.. Problem with refugees and displaced persons. She shared the spot North Korea a country described as a hermit kingdom. Human rights violations. She got a terrible score for legitimacy of state..

Uganda on #22 it worst tally is from mounting demographic pressures. 6.5% of the adult population has HIV or AIDS.

Number 21 is Syria its civil war is reported to have claimed more 100.00 0 lives. The Middle Easter country got a near-bottom score for security apparatus.

Thus, in the midst of all its economic, social, education, health, infrastructure, political, cultural problems Ghana is nowhere near a failed state. Therefore, let’s not cloth ourselves with a garment that’s sullied and besmirched. I won’t be surprise if North Korea graduates from a failed state to a fast-developing nation in the shortest time possible after the epic meeting between the US President Donald Trump and his counterpart Kim Jong-un.

The author has 466 publications published on Modern Ghana.

More Feature Article
Modern Ghana Links
Islamic separatism and its treasonable impact on Nigeria
Searching for Mahama
Fructifying the peace pact
Nigel Gaisie’s election prophesy and a win for Mahama is just a lottery: ignore them with contempt
4 More For Nana Is Not A Slogan But A Duty We Owe To God
I had a dream: The winner of the 2020 election will get 56.62%
NDC are Struggling in Vain to Sell their Lies-inundated Campaign Messages
NDC Goes Down 20 Percent in Monday Polls
Let's Continue With This Presidency
Dossiers Quotes Coronavirus
TOP STORIES