John Ndebugre Is A Spent Force When It Comes To Current Constitutional Law Issues. 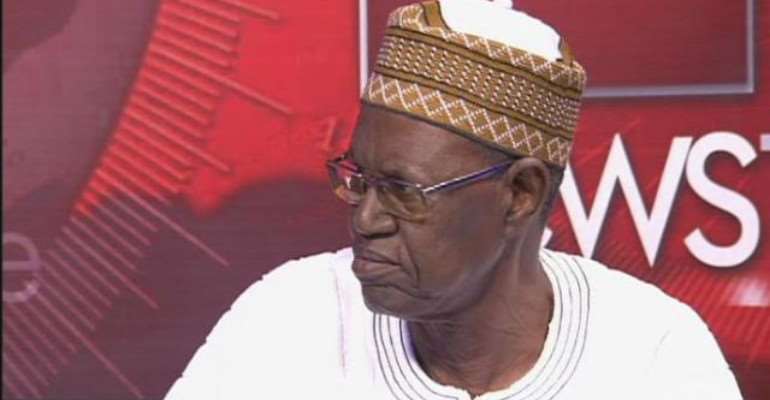 Every individual, at some point in their private or public careers, ought to be reasonable and sensible, and accept the bitter truth that they have outlived their shelf life, and must therefore confine themselves to the sidelines.

Criminal Law, is one of the easiest branches of law, and Ndebugre, was a force to reckon with in Criminal Law during his hay days.

The lowest point in Ndebugre's legal career, was when after the disputed 2012 Presidential election results, the then Presidential candidate of the New Patriotic Party (NPP), Nana Akufo-Addo, made his intention of challenging the results in Court, public.

Ndebugre, in both the electronic and print media in December 2012, called Nana Akufo-Addo, several names. Ndebugre went on to say that: "You can't sue the President of Ghana".

This was an elementary argument, and should have stemmed from a person without any legal qualifications.

Challenging the Election of President, is clearly provided under Article 64 of the 1992 Constitution, which Ndebugre woefully failed to get a grip of. Article 64, was therefore the legal basis of the 2012 Presidential Election Petition.

If Ndebugre had a conscience, he wouldn't have waded into any Constitutional issue again, because it is apparent that when it comes to Constitutional Law, he is found wanting.

Back to Ndebugre's latest submission on the perfect constitutional removal of Mrs. Charlotte Osei and her 2 deputies from office by the President of the Republic, Nana Akufo-Addo, based on the recommendations of the Chief Justice Committee, Ndebugre again showed his crass ignorance of Constitutional Law, by stating among several others that: "There's no article of the constitution of Ghana which provides that breach of any statute [Act 663] should be a ground for removal from office of the EC Chairperson".

Fortunately, I didn't have to waste a whole night reading through Ndebugre's rubbish and Thaddeus Sory's vain submissions to the Chief Justice Committee. It took me just a couple of hours to 'educate' Ndebugre and other like-minded individuals on this minor Constitutional issue.

Ndebugre's argument that there is no specific provision in the 1992 constitution, which classifies breach of an Act of Parliament as "stated misbehaviour and misconduct", is with all due respect, infantile and anachronistic.

Under Article 146 (1) of the 1992 Constitution, it is provided that: "A justice of the Superior Court or a Chairman of the Regional Tribunal shall not be removed from office except for stated misbehaviour or incompetence or on ground of inability to perform the functions of his office arising from infirmity of body or mind".

What is more incompetent than superintending over 12 clear violations of an Act of Parliament?

I challenge John Ndebugre, to quote anywhere in the 1992 Constitution, where "stated misbehaviour and misconduct" are defined, which the Chief Justice Committee overlooked.

These are issues that the 1992 Constitution framers, cleverly left for the Supreme Court to determine.

To jog the memory of John Ndebugre, and other individuals who succumbed to Ndebugre's unconstitutional arguments, the main issue that fell for determination in the Ghana Bar Association v. Attorney-General (the Abban Case), was the interpretation of "high moral character and proven integrity".

The Ghana Bar Association (GBA) argument was that, Justice Issac Kobina Abban, who was appointed by President Rawlings as Chief Justice of Ghana, was not a person of "high moral character and proven integrity", since in the opinion of the GBA, Justice I. K. Abban, had in the past, failed to keep his 'zip up'.

John Ndebugre was a member of the GBA when this 'zip up' argument was advanced at the Supreme Court by the GBA. My question to Ndebugre is, wherein the 1992 Constitution, is "high moral character and proven integrity", defined as a person's failure to keep their 'zip up'? John Ndebugre, Esq., you see the lacuna in your argument?

A single contract awarded without due regard to the Public Procurement Act 2003 (Act 663), as amended, qualifies as stated misbehaviour and incompetence. A competent and well behaved Chairperson, Vice Chancellor, Managing Director, Chief Executive Officer, etc., would ensure that all relevant laws are adhered to under his/her administration.

John Ndebugre is 'best past his sell-by date', however, he is stubbornly refusing to accept this reality.