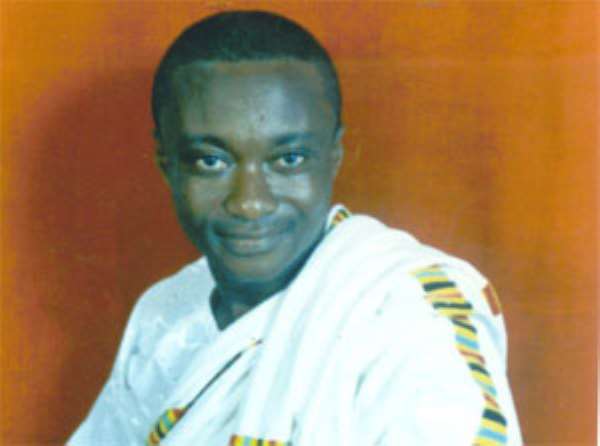 CPP MAN THREATENS EITHER ("HUNGER STRIKE" OR COURT ACTION) AGAINST PRESIDENT KUFUOR (AND) FORMER PRESIDENT RAWLINGS !!!
In the after-math of President Kufuor and former President Rawlings trade of "evil" insults, Ghanaian born International Politician and the 2004 CPP Parliamentary Candidate for Nhyiaeso Constituency in Kumasi, Mr. Kwame Appiah Boateng, a.k.a. "Kwame Mayor" has threatened to either go on a "hunger strike" or to seek an injunction order in a Court of Law against the two political Statesmen if they ever insult each other in public again with the aim of polluting the Children and the youth of Ghana and moreover, creating political tension in the Country !!!.
In another development, Boateng, the first Ghanaian born to run for Mayor of Los Angeles has urged Parliament to immediately enact "Hate Crime Laws" to prevent people, especially Politicians from deliberately turning one ethnic group against another.
" Ghanaians of every tribe, race, color, gender or social status should unite against hate-mongers", Boateng pleaded.
Boateng warned that Ghana is on a "Borrowed Peace" unless her leaders took diplomatic steps to avert "political hatred" and political callousness !!!.
" I know what it feels when you are subjected into political hatred, especially by those "possessed" by jealousy of one's God -given political talents and skills ", said Boateng.
Quoting the legendary Albert Einstein, Boateng said he is a victim and a witness to the proven fact that "Great Spirits have always encountered violent opposition from mediocre minds".
The CPP Politician said he strongly agrees with Okyehene, Nana Ofori Panin Amoatia's public caution that Ghanaians should stop people who divide us on ethnic lines and that we should stop pretending that everything is alright in the Country.
Boateng says the United Nations should encourage Countries around the World to enact "Preventive Genocide Laws" that could arrest and prosecute people who "conspire ethnic cleansing" through their etninic and tribal-motivated public hate - statements and deeds.