An Alternative To Devaluation 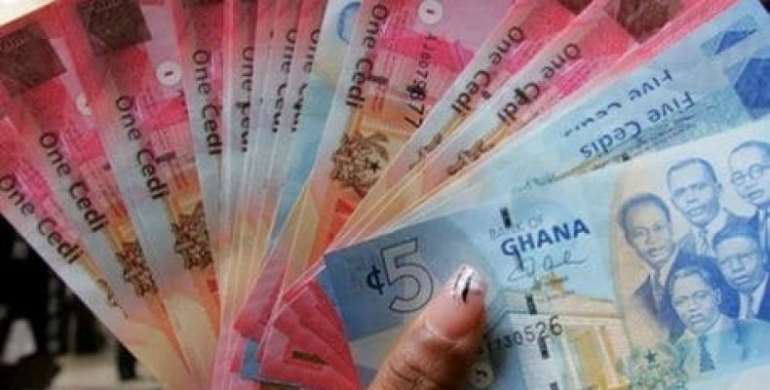 The vicious cycle of depreciation of the Ghana Cedis has urged many people in business and others concerned with the development of the state to call for a devaluation of the Ghanaian currency. Devaluation is concerned with the decrease in a currency’s value with respect to other currencies. A currency is devalued when it loses value relative to other currencies in the foreign exchange market. It is a monetary policy activity that is undertaken by a government and its central bank to correct its exchange rates problems .Such a call is not out of place as the value of the currency keeps depreciating frequently. There has been media debates by the major political parties about who manages the currency better. This fight will not earn the state the needed answers it seeks to address its exchange rate problems.

Many individuals with knowledge in Economics and Finance had offered their opinions as to how to resolve this economic impasse. The arguments advanced in favour of a devaluation are plausible as they seem to make a short term solution. It is believed that devaluation reduces the price of a country’s domestic output. This is because inputs in the production process will be less expensive as the devalued currency will assume a competitive value. This is beneficial to the export volumes of the state because the exports of the state will increase forcefully. Exports become more competitive in the global market and increasing the national income of the state.

In the short term, devaluation seems the better option to managing a county’s currency in exchange rate crisis. The lag of time for most economic policies to practically take effect is a problem to deal with. The long term effect is that, the country’s cost of imports will increase such that domestic consumers are less likely to buy them and strengthening domestic businesses. Depreciation of a currency is not only a consequent of poor management of it, it also occurs as a result of the pursuit of expansionary monetary policies. The supply of more currencies in the economy will help expand businesses which will increase imports and ultimately affect the exchange rate.

The benefits of devaluation only seem to be short term solutions as an import dependent economy like Ghana with huge taste for foreign goods will suffer the price hikes of imports due to devaluation of its currency. Devaluation will only be beneficial in both the short and long terms if a country is export dependent as it seeks to strengthen the value of the currency and export commodities become relatively competitive.

Countries that often experience balance of payments deficits as a result of excessive imports and demand for foreign goods may not have to embark on devaluation as the terminal solution to solving their exchange rate crisis.

An alternative to devaluation for Ghana is altering the imports of the state. Import substitution industrialisation needs to be embarked on through the establishment of factories for the agricultural and manufacturing sectors. The imports of rice, fish, meat, chicken, wheat and other commodities that can be produced locally need to be halved or prohibited. There is the need to change the import components of our trade and begin a serious internal production of some of the foreign produce with export-led growth strategies. There is the need for the state to support home-grown agricultural produce that are usually imported. The setting up of more state farms to produce rice, wheat, tomatoes etc to begin a more vigorous manufacturing activities is desirable. The import volumes of the state have great impact on the exchange rate determination.

There is a huge surplus of labour in the agricultural sector. There are also arable lands existing in many parts of the country which can be used for this purpose. More market-oriented growth strategies need to be pursued and relegate the traditional forms of dealing with the international world market.

While changing the import components of the state for a favourable terms of trade, there is also the requirement to expand the export commodities of the state that will lead to an increase in foreign exchange. Export-led growth strategies that will attract transnational corporations to partake in the development agenda of the state for it to gain access to the global market are to be rolled out. These strategies seem to offer long lasting solutions to the ever worsening rate of exchange of the state that cause political debates in the media.

An import-dependent economy like Ghana will in no time experience a reverse of the exchange rate situation after devaluation. The reason is that the long term effect of devaluation will be felt from the import of foreign goods. The depreciation of the currency must to be tackled more cautiously and devaluation does not appear a better alternative. Let’s change the import components of our trade by substituting it with local produce and increase export to earn more.