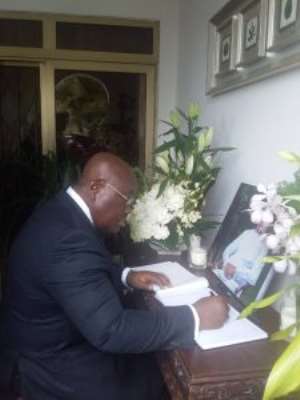 In the book of condolence, the President wrote: “A fine Ghanaian has left us suddenly without any warning. Our nation is poorer for his departure. May God bless him and give him a peaceful rest.”

The former Vice President passed away during the early hours of Friday June, 29, 2018, after reportedly collapsing at the Airforce Gym during a workout session.

He was reportedly later rushed to the 37 Military Hospital where he died. 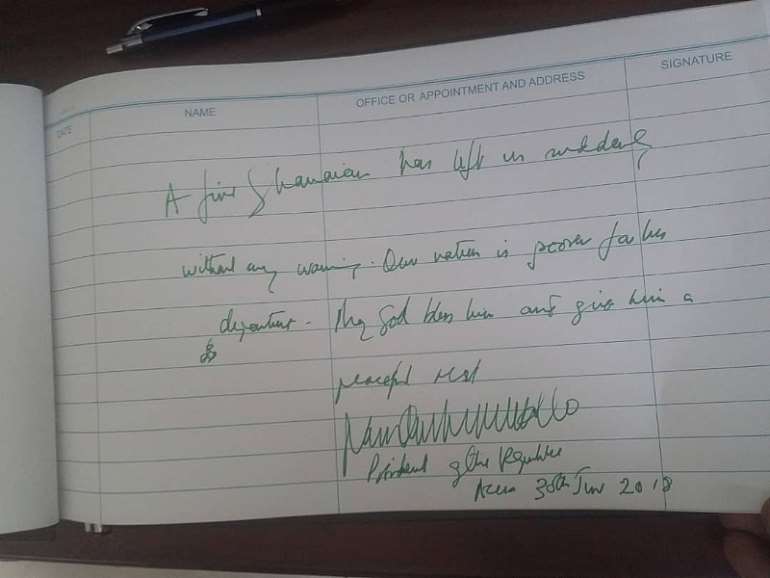 Many tributes have poured in since the news of his death.

The Vice President, Dr. Mahamudu Bawumia has already signed the book of condolence.

He held that position until August 6 2012, when he became Vice-President of Ghana following the death of Atta Mills.

He was survived by a wife and two children. –