A Nation Where Talking Has Replaced Thinking 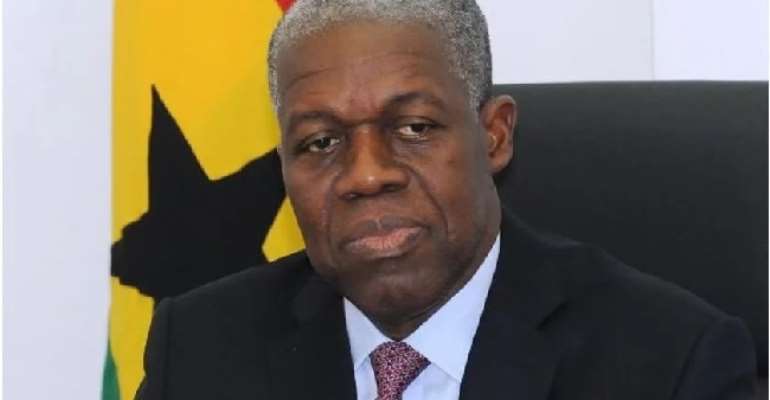 On 17th march, 2012, Fabrice Muamba, a Bolton football player who had his heart stopped functioning for close to 76minutes on the pitch during an FA Cup quarter final match with Tottenham Hotspur at White Hart Lane, was actually brought back to life, in a nation where leaders have their thinking-cups on, and welfare of ordinary citizens is at the center stage of national policy formulation.

Pete Fisher, the paramedic who delivered the first shocks to Fabrice Muamba’s heart as he lay on the pitch at Tottenham, revealed how swift action that night saved the Bolton midfielder’s life. Pete Fisher who is with the London Ambulance Service, was part of the medical team that ran onto the White Hart Lane pitch when Muamba collapsed in 2012.

He administered the first of the 15 shocks that Muamba would receive on the pitch and in the ambulance, before his heart eventually restarted 76 minutes later at the London Chest Hospital. Muamba, then aged 24, made a remarkable recovery after his heart stopped during the FA Cup sixth round tie between Bolton and Tottenham.

The paramedic, Mr. Pete Fisher, told the Evening Standard that “without the quick application of a defibrillator on the pitch, he may not have survived. I remember watching the game and looking at Fabrice and he just fell to the floor. We spotted that something wasn’t right.

"There was no-one else around him. The Bolton doctor and physio ran on to the pitch, closely followed by the Tottenham Hotspur doctor and physio, and then us from the pitch retrieval team. We ripped his shirt open and placed a defibrillator to his chest”.

“At the time, we had the Spurs doctor doing CPR (cardiopulmonary resuscitation). I placed the pads on to his chest and the Spurs physio pressed the button and delivered the first shock to him. The likelihood without the defibrillator is that his heart wouldn’t have gone back into a shockable rhythm and Fabrice wouldn’t be standing here with us today”. This was a series of events that saved the life of a football player whose heart actually stopped functioning for 76minutes!!!

Lessons
Now, our nation Ghana lost a sitting-President under circumstances which nobody understand. And like I have always maintained, when the death of Atta-Mills had happened in America or Britain, a thorough investigation would have been instituted, findings well-chronicled, recommendations proffered and steps put in place in order to prevent similar occurrence.

However, in our case, calls made by concerned Ghanaians for these steps to be taken, were described as “insensitive and useless intrusion of Atta-Mills’ family issues”, when the man was a sitting-President, and therefore matters surrounding his welfare concerned every citizen of this country.

By law, when a person dies within hours of being taken to the hospital, a corona’s inquest is mandatory. But on the contrary, the focus of then Mahama-led ndc government was reaping the maximum political benefit by way of sympathy votes,and not inquest which would have revealed skeletons hidden in their power-hungry closets.

Atta-Mills was taken to the 37-Military Hospital when he was already dead, but calls for a corona’s inquest were rubbished by then John Mahama-led ndc administration. For that reason, we learned no lessons, and yesterday, Ghana’s former Vice President, HE Paa Kwesi Amissah-Arthur, suffered the same fate.

Now, as events unfolded in the case of Fabrice Muamba, a gym where a whole former Vice President of the Republic patronizes, at least, should have had the basics of standby emergency outfit manned by qualified professionals to administer first aid to patrons but this was not the case. Possibly, a rapid emergency treatment to the former Vice President, both at the scene and on the way to the hospital, would have saved his life.

Information
Again, when the Vice President fell into distress, a communication should have been made to the nearest health facility which is the 37-Military Hospital, for emergency medical team to be on standby. But I know this did not happen: the Veep was possibly bundled up into the booth of his private vehicle and driven to the hospital without emergency care, at the scene or on the way.

Another serious shortcoming of our Ghanaian society when it comes to matters of this nature, is the lack of updates from the requisite authorities. Now, if this incident had taken place in America or Britain, the hospital authorities would have, in a press briefing, informed the nation about when the car carrying the Veep arrived at the facility, who accompanied him, the state in which he was, whether he was alive and the emergency care administered. Doctors, who attended to him upon arrival, if brought in dead, would have told the nation so.

Rather, this information will not be told the good people of Ghana. What has always been our priority in such situations is putting on the best of our mourning apparels, rushing to the homes of the dead, shaking hands with the bereaved, shedding gallons of unadulterated crocodile tears, making a few donations and simply going back to sleep, and waking up to repeat the same cycle, when another tragedy strikes.

Talkatives
We were busily talking about the death of Ebony, then switched to the death of Stacy and Obengfo Hospital, then came Anas’ #12 and Ken’s ‘who watches the watchman’, and we had laced our boots to crossover to the sacking of EC boss and her two deputies, when the tragic incident of the former Vice President of the Republic occurred. So, eventhough we love to talk and not think, I guess we have now been completely overwhelmed.

And as I have always maintained, we are just a nation of TALKATIVES: we love to be irresponsible when it comes to taking basic steps that will enhance our lives to making our society functional, since that will prevent incidents which present us with avenues to engage in what we love best; EMPTY TALK!!!

‘Asomdwee’ Park
Finally, I would urge the family of the late Vice President, to collaborate with the government to give him a befitting burial at his hometown of Cape Coast in the Central Region.

Under absolutely no circumstance, must they allow their son to be buried at the so-called ‘asomdwee park’ which was created for the purpose of hiding the truth from the good people of this country, and therefore has absolutely no relevance in our nation’s history. The 9 extra graves must be reserved for those who dug them!!!!