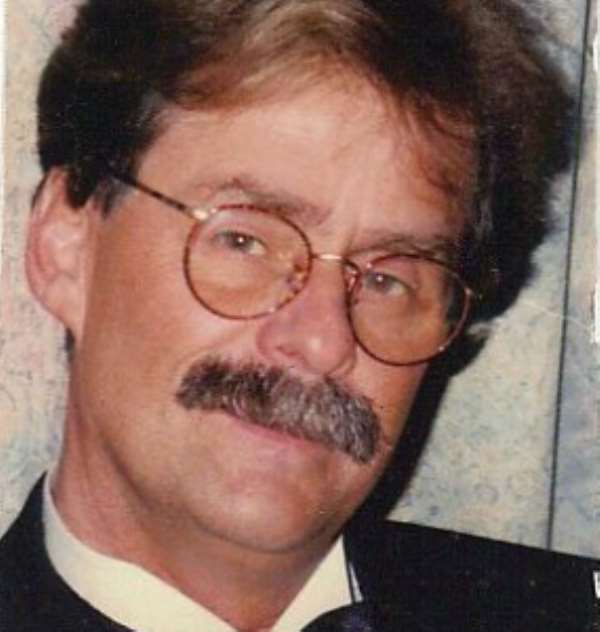 Joel: You are a medical scientist and micro-surgeon. After 4 decades and two years of research, you discovered that Aids and Ebola were bio-weapons against mankind by certain European countries and the USA. But why is it that America has covered up those crimes?

Because it's a crime against humanity as a whole and specifically against race. Once Afro-Americans understand such a crime then there will be a civil war in the USA.

But within a short notice of the time, it will happen and it's not only that is going to happen.

Joel: Apart from you, some organizations and medical writers, including Susanne Posel and Yoichi Shimatsu have clearly stated in articles that “ Aids and Ebola are the US government’s bio-weapons project for global depopulation.” How do see America as a country that has convinced the world they care about the welfare of human beings and believe in democracy?

That is simply the hypocrisy of the USA but the boomerang is turning.

The best thing to explain this is to prove it empirically or so to say scientifically. And we can because of tens of thousands of scientific papers that are written and published in the last 150 years. The most important publications are to be found before, during, and just after both great wars and during the period of the iron curtain.

Joel: There are many medical books including that of Wolff Geisler that America and some European countries, such as Germany, Holland, France, and Belgium embarked on man-made diseases such as Kaposi's Sarcoma, tuberculosis, and CMV to inflict on innocent Africans. What is the significance of this crime? I mean why did they do that?

In my opinion and not only mine, firstly, it is meant to find answers for certain diseases in the western world and proper medications.

Secondly, there are many discussions worldwide on how to decrease the world population. You can do this legally by finding legal solutions or illegally.

In this world of money, some people, organizations or secret movements, are using the money and power to find criminal answers by depopulating certain races especial in underdeveloped countries and the African continent.

Thirdly, they have to find medications against their own devils created bioweapons like Ebola, Zika, and Aids.

Joel: How do you feel being an enemy in your country and losing some of your scientist friends, including virologist Ab Osterhaus, for speaking out that Aids and Ebola are medical crimes against Africa?

Lonely and betrayed. Disappointed and ashamed that only a few people have the knowledge of what really is going on with vaccination and depopulation programs without efforts to stop it.

And those aware are afraid of losing their own economic well-being or perhaps they silently agree to the depopulation programs.

Joel: You love saying this “Smartness is a form of stupidity, if you are intelligent use it wisely, but not to destroy.” Who are you talking to?

I am talking to those people who think they are intelligent and therefore, have solutions for everything. We go to outer space, we build computers you name it.

If they can do that then with their smartness they should also find solutions for poverty, economic growth and a better life for everyone in this world of injustice.

I think smart people are really stupid for making an atomic bomb no matter the consequences.

Now North Korea made a few bombs and I am convinced they are going to use them because sitting in the corner with no way out they only got one option and that option is, let the bombs explode in the same way of thinking; no matter the consequences. What do they have to lose?

Joel: A couple of months ago, you issued a challenge to world top scientists to prove you wrong if Aids, Ebola, and Zika aren’t bio-weapons or medical crimes. Why is it that till now nobody has challenged you?

Because they know I am right and that I am using my smartness or intelligence to make a better world for all. Secondly, they know that I am a scientist and very much aware of the possibilities in medical science.

I know how to find my way in archives of the medical, pharmaceutical, political and scientific establishments. So I can prove every sentence or word I wrote and will write till the day I die. Those establishments must be stopped.

Joel: Why for a very long time African leaders, including the Republic of Sierra Leone, Republic of Guinea and Liberia have failed to demand answers from America, despite how Aids and Ebola have killed thousands of Africans?

Firstly, because of the lack of knowledge at and later secondly, they are economically depending on the USA and other foreign countries. Besides that, African countries haven't any organizations like FBI, NSA, CIA, and MI5 to investigate crimes against Africans.

Joel: What is your biggest disappointment so far over Aids and Ebola, especially Aids, something planned against Africans now a global issue?

For that, I don't have to think for long to answer this question. I think Africa is developing itself at the moment and will do so in the future. There are many movements like the African Youth Movements with branches in over twenty countries who will at the end bring Africa to the tops of dams.

But the biggest disappointment is that so many Africans can't read, write or discuss topics as we explain in our books and articles. I have spoken to thousands of well-educated Africans on the internet and a lot of them become my friends so I know Africans are very much willing to change but they have to deal with so many problems.

Problems mostly caused by foreign powers who makes African leaders corrupt. Leaders who allow companies like Shell or ship companies to do whatever they like for money.

Once all Africans are more or less educated and understand what is going on then they can raise up against criminal leadership.

Joel: Finally, what advice do you have for the American government, scientists, and African leaders?

Stop faking or not admitting what they really have developed and achieved with their criminal smartness. At the end truth will prevail, it always has. Slavery is exposed, the Vietnam and Iraki war and many other conflicts or civil wars weren't necessary.

The first and second world war started because of oil and pharmaceutical interests paid by the Rothschilds and Rockefellers. The only profit of all these conflicts was to make money out of the misery of ordinary people and for getting more power with fewer people to rule the world.

Instead of bringing those responsible for the medical crimes to face justice, the FBI, CIA, WHO, and CDC pretend they don't know what is going on.

That's a sad mistake because whenever any misfortune happens, it's only the innocent people that suffer. We all witnessed that during the 11, September. That's enough lesson for them to change that hypocrisy life.

Joel: Thank you Professor Johan Van Dongen for your time to speak to me.