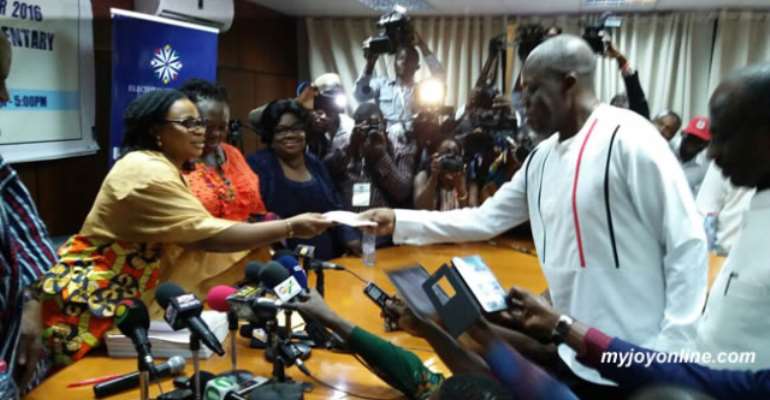 The dismissed Chairperson of the Electoral Commission Charlotte Osei has eulogized the late Vice President Kwesi Amissah-Arthur describing him as a true gentlemen.

The former Vice President died at the 37 military hospital Friday Morning after he reportedly collapsed at the Air Force base gym.

In a Facebook post, Mrs. Osei who was removed as EC chair by President Akufo-Addo Thursday night, wrote: “My heart is truly broken this morning by the very saddened and extremely sad passing away of HE. Paa Kwesi Amissah-Arthur. The Former Vice President was a gentleman among gentlemen, always dignified and respectful of all others regardless of their stature in life. He was restrained in his politics, exceptionally brilliant and full of integrity. This is a sad loss for this country, may God give his family strength and comfort. May God grant him a peaceful rest”.

The former governor of the Central Bank died shortly after being rushed to the 37 military hospital after he reportedly collapsed while at the Air force-base gym early Friday morning.

Amissah-Arthur was an economist, academic and politician who was the sixth Vice-President of Ghana, in office from 6 August 2012 until 7 January 2017, under President John Dramani.